The Anthropocene
It has been suggested that the effects of humans on the global environment, particularly since the Industrial Revolution, have resulted in marked changes to the Earth’s surface, and that these may be reflected in the recent stratigraphic record (Zalasiewicz et al., 2008). The term ‘Anthropocene’ (Crutzen, 2002) has been employed informally to denote the contemporary global environment that is dominated by human activity (Andersson et al., 2005; Crossland, 2005; Zalasiewicz et al., 2010), and discussions are presently ongoing to determine whether the stratigraphic signature of the Anthropocene is sufficiently clearly defined as to warrant its formal definition as a new period of geological time (Zalasiewicz et al., 2011a,b). This is currently being considered by a separate Working Group of the SQS led by Dr Jan Zalasiewicz and, in order to avoid any possible conflict, the INTIMATE/SQS Working Group on the Holocene is of the view that this matter should not come under its present remit. Nevertheless, we do acknowledge that although there is a clear distinction between these two initiatives, the Holocene subdivision being based on natural climatic/environmental events whereas the concept of the Anthropocene centres on human impact on the environ- ment, there may indeed be areas of overlap, for example in terms of potential human impact on atmospheric trace gas concentrations not only during the industrial era, but also perhaps during the Middle and Early Holocene (Ruddiman, 2003, 2005; Ruddiman et al., 2011). However, it is the opinion of the present Working Group that the possible definition of the Anthropocene would benefit from the prior establishment of a formal framework for the natural environmental context of the Holocene upon which these, and also other human impacts, may have been superimposed. (Zitat Ende). 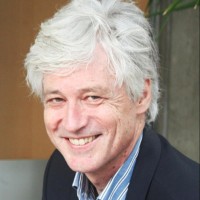