Right on the money

One big story in UK finance at the moment is the new design for the £50 note. UK banknotes change design roughly once every 10-20 years, and since the 1960s have included, in addition to the portrait of Her Majesty the Queen on one side, a portrait of a famous UK citizen on the other. 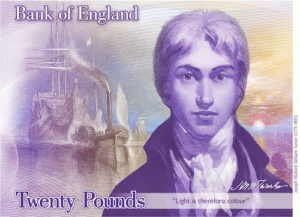 The new £50 will be the latest to join the new series of plastic-rather-than-paper notes started by the new £5 note in 2016, and will be the last one to do so – a new polymer £20 note to be issued from 2020 will feature a portrait of the artist JMW Turner. The choice of Turner followed a lengthy selection process undertaken by the Banknote Character Advisory Committee, who consulted with the public to suggest options and chose Turner from over 30,000 nominations.

It’s been announced that the new £50 will definitely feature someone from the realm of science – which is exciting for fans of science, like me. But what I really want to know is, will it be a mathematician?

The story so far

Up until now, mathematicians did occasionally feature on UK banknotes – as long as you count people who weren’t famous for specifically being mathematicians. For example, the current £20, which will be replaced in 2020, features economist Adam Smith. 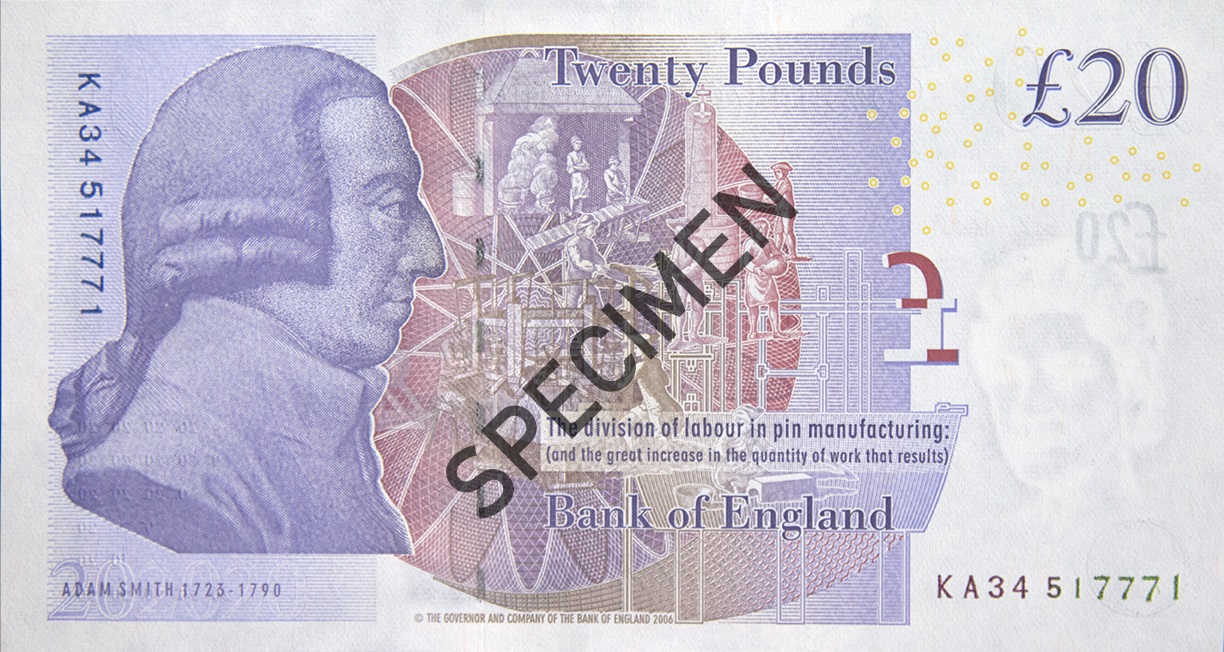 Smith was also an author and philosopher, and his book The Wealth of Nations is considered to be the first modern book addressing the topic of economics. Smith discussed how self-interest motivates people in economic situations – ideas which presaged modern game theory – and that under competition, equilibria are established to optimise profitability. The note features a reference to his analysis of the division of labour in manufacturing. His ideas have formed the basis of much modern economics. 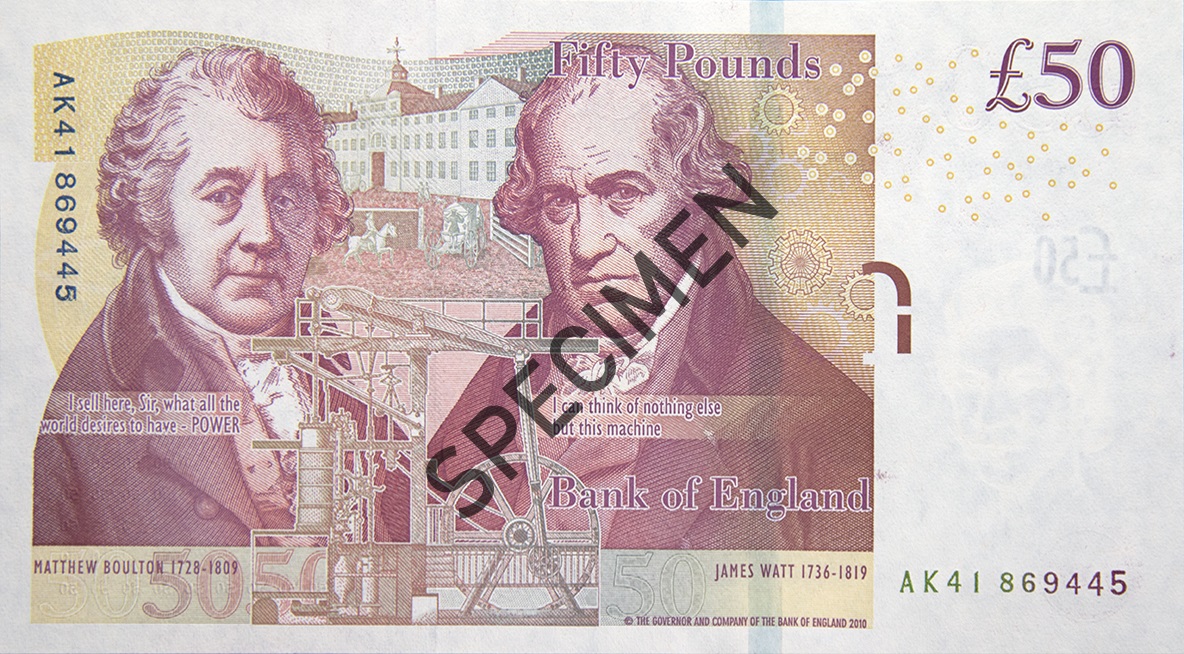 The current £50 note features two portraits – business partners Matthew Boulton and James Watt. Watt was an inventor, chemist and mechanical engineer, famous for his steam engines, and Boulton was an entrepreneur and manufacturer who helped Watt go into business selling them. Watt’s engines designs were ingenious and more efficient than contemporary models, and represented a step forward in the technology which powered the industrial revolution. 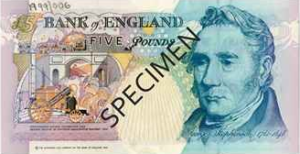 Watt wasn’t the only steam engine pioneer to have been featured on a UK banknote – a £5 note in circulation from 1993 to 2003 featured George Stephenson, inventor of the famous Stephenson’s Rocket (also featured on the note), and a talented engineer whose company manufactured engines and built railway lines all over the country, revolutionising rail transport. 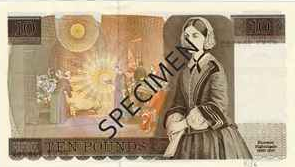 Probably the closest we’ve historically had to a mathematician on a banknote was Florence Nightingale, who appeared on the £10 note from 1975 to 1994. While Nightingale is probably best known for her work as a nurse in the Crimean War, and for revolutionising the field of nursing, mathematicians think of her fondly as a great early example of the use of a pie chart in communicating statistics – her polar area diagram used a circular chart to demonstrate how much more effective her methods were at preventing disease, and effectively convinced politicians to adopt her approach.

The new banknote has to feature someone from science (along with a couple of other criteria – they have to be dead, and not a fictional character) who has contributed to the field, and ‘shaped thought, innovation, leadership or values in the UK’ as well as being an inspirational and non-divisive figure. So what are the chances it’ll be a mathematician?

Who would you choose?

The selection process opened on 2nd November, and has so far received over 170,000 names suggested by members of the public, and nominations are still open. They’ve released a list of over 800 names from the first week, having filtered out any that aren’t valid candidates for any of the reasons described above. While over at The Aperiodical (another blog I write for) Christian has done a full analysis of the list, I’ve picked out my favourites – although I’m sure there are many other worthy candidates I’ve missed:

So who would you choose to put on a banknote? And which other countries have famous figures on their notes? I wonder which country has the most mathematicians…?