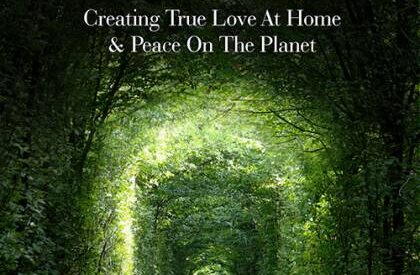 Every year at the Heidelberg Laureate Forum (HLF) a hot topic, or theme, related to mathematics and computer science is chosen to be addressed by a panel of experts. At this year’s HLF the hot topic sessions, which took place on Tuesday September 24th, focused on climate change and what we can do to tackle the problem. The sessions addressed questions like:

One of the panelists was Tim Palmer (Royal Society Research), a mathematical physicist who specializes in weather dynamics. Super computers are a key part of current climate modeling but, Palmer said, due to the demands of bit reproducible determinism, energy is the primary constraint of the power of these super computers that. However, Palmer argued that we do not need bit reproducible determinism to model climate, and that the energy we would expend could be reinvested in better ways. He cited a new stochastic model of computation that uses probability bits (p-bits) – created by combining small magnets with silicon transistors to perform stochastic computation – as a potential, energy-efficient alternative to bit reproducible computation. More about this model of computation can be found in a recent Nature article. (The Computing Community Consortium recently held a visioning workshop exploring another stochastic model computation called thermodynamic computing. A workshop report will be released soon).

Palmer also made the case for a CERN for climate change. People have proposed ideas beyond reducing CO2 emissions to combat climate change like spraying aerosols into the atmosphere. If we did pursue such actions they would need to be modeled very accurately in order to predict their consequences and avoid negative outcomes – without this you could end up doing more harm than good. Current computing resources are not adequate to create the necessary models and simulations needed to understand the future of climate as is, much less decide on high-risk methods to reduce or prevent negative impacts of climate change.

Continuing on this theme of existential uncertainty, Martin Hellman, one of the inventors of public key cryptography and winner of the 2015 Turing Award, discussed the “The Technological Imperative for Ethical Evolution” during Thursday morning’s opening lecture. Despite being a pioneer in the field of cybersecurity, Hellman has spent little time in the field over the last 35 years, instead focusing most of his attention toward national security questions. In the mid-80s he began working with Beyond War in an effort to defuse the nuclear threat (read more on his website). In 2016, Hellman published a book A New Map for Relationships: Creating True Love at Home and Peace on the Planet with is wife Dorothie Hellman. This book argued that peace in the world can only come once people have made peace at home, and it connects his relationship struggles with his wife (that have long-since been resolved) to the struggles of nation states around the world.

Prior to his work in national security, Hellman was part of the “first crypto war” of the 1970s-80s. This “war” established the right of academics to publish their research without government interference. The NSA did not want cryptographical tools to exist that could prevent them from being able to access encrypted data if they believed they needed to. However, Hellman, along with Whitfield Diffie, argued that the emerging commercial use of digital information required broad access to cryptography. Eventually they prevailed over the NSA (read the full story here), however, the crypto war continues with recent efforts by the FBI to get major technology manufacturers to install exceptional access capabilities for law enforcement (for example the FBI’s attempts to get into the San Bernardino shooter’s Apple phone). During Tuesday’s press conference, Hellman was sympathetic to the security concerns of the FBI, he does not believe there is a way to construct such capabilities without also leaving it accessible to malicious actors.

In addition to the internal conflict between government and citizens, Hellman also argued that the current cybersecurity vulnerabilities of critical infrastructure pose a serious threat to United States’ national security. He cited recent reports that the U.S. has planted serious malware in the Russian electrical grid and is fears that Russian has done the same to the American grid.

While much research remains to be explored, it is clear computing will play a pivotal role in the future of the world’s security through cyberwarfare and as a way to predict the future of climate change.