I have spent the last decade of my life working with applied computing to create smart cities, assist in the early diagnosis of cancer and other illnesses, and to manage logistical chains. The possibilities that computer science gives us to problem-solve is endless, and it continues to evolve and be very exciting.

Back in the 70’s, Grace Hopper – the inventor of the computer compiler who is also famous for her ‘nanosecond’ demonstration – was already calling for better and faster computing to enable computers to do more and do it faster for us. Today’s technology now allows us to diagnose illnesses early, sometimes even before they manifest themselves, to design robots to assist the visually impaired and disabled, to integrate the physical and digital realms of cities to improve urban services, and so forth.

Though women in computing have been pivotal in the creation of amazing modern technology, their story is not one that’s often told nor celebrated. On the contrary, great tech women pioneers have been all but erased from history, and that needs to change. We need both women and men joining the tech workforce, however, for women it is more difficult to make that choice. How can they aspire to become the next Grace Hopper or Barbara Liskov if they never heard of women excelling in tech? Very often women put off technical degrees not because they lack the cognitive ability nor because they are not biologically ‘wired’ to do tech (as in that ridiculous memo). One of the key reasons (besides organisational culture barriers) for women not entering the tech workforce is because of the lack of role models. Marie Wilson once said: “You cannot be what you cannot see,” and those are very wise words. Too often in the tech world, we only see men take center stage and being celebrated – ‘the Gates, Zuckerbergs, and the Jobs’. When I was at University, I learned about them but had never heard of Ada Lovelace (first computer programmer), Radia Perlman (inventor of STP), Hedy Lammar (inventor of frequency hopping technologies).

The good news is that we DO HAVE amazing women doing astonishing work in computer science (though, still not enough women!). We must make them visible to inspire the generations to come. Their ground-breaking work can serve as an inspiration to both girls and boys alike.

This week we celebrated the Ada Lovelace Day (10/Oct) and the International Girls Day (11/Oct). The Ada Lovelace Day is an international celebration of the achievements of women in STEM, aiming to raise the floor to women in the field so that role models can emerge and encourage more girls to study STEM. The International Girls Day aims to promote women’s empowerment and address the needs and challenges that girls are facing today. Around the globe, 130 million girls do not even have access to education. They do not study not because they don’t want to, but because they are outright denied access to education, often because of their gender.

These two events are extremely interconnected and are very important to society as a whole. We will have a large skill shortage in technology in future years, and unless we continually act to support women getting access to education and pursue a career in STEM, this issue will intensify. If we do not directly address this fundamental problem, then we won’t have the workforce necessary to create the technology that can solve the challenges the world is facing in terms of environment, healthcare, public services, transportation, housing, water and energy.

I’d like to call out four phenomenal women who have been creating amazing technologies and are truly inspirational. You can find over 60 women role models in tech at www.tech-heroines.org. 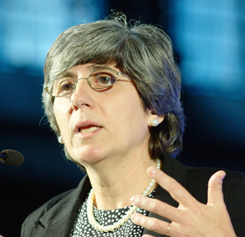 She is the Herbert A. Simon University Professor in the School of Computer Science at Carnegie Mellon University.

She is an international expert in artificial intelligence and robots. She was the President of AAAI (Association for the Advancement of Artificial Intelligence) until 2014, and the co-founder and a Past President of the RoboCup Federation.

Veloso and her students have done ground-breaking work in a variety of autonomous robots. Her notable research includes teams of soccer robots, which have been RoboCup world champions several times; and mobile service robots, which have autonomously navigated for more than 1,000 km in university buildings [ACM]. Her research focus on “effective autonomous indoor mobile service robots. We aim at contributing to a multi-robot, multi-human symbiotic relationship, in which robots and humans coordinate and cooperate as a function of their limitations and strengths. [CMU]” 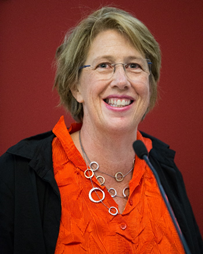 She is a technical executive, inventor and pioneer in the fields of display, imaging and computer hardware.

She currently works at OpenWater, a start up exploring low cost inventive fMRI-type medical images. She was previously an executive at Facebook / Oculus VR. Among her objectives at Facebook was leading the company’s advancements in Virtual Reality. Previously she was Head of the Display Division at Google X where she led more than one “Moon Shot” program, and directed display and consumer electronic programs throughout Google.

At One Laptop per Child (OLPC), Jepsen invented a laptop’s sunlight-readable display technology and co-invented its ultra-low power management system – and – has transformed these inventions into high volume mass production rapidly. At OLPC, led the design, architecture, partnering, development and manufacture of low cost laptops – ‘$100 laptops’. As of 2013, millions of units have shipped and revenues are beyond the billion dollar mark. 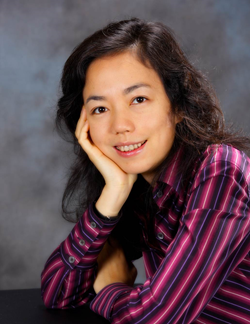 She works on computer vision, cognitive neuroscience and computational neuroscience, and Big Data analysis. She has authored more than 100 scientific articles, and her research has been featured in high profile journals such as Nature, Proceedings of the National Academy of Sciences, Journal of Neuroscience.

Among her best-known work is the ImageNet project, which has been designed for use in visual object recognition software research. This crowd-sourcing database has revolutionised the field of large scale visual recognition.

Her research aims “to build smart algorithms that enable computers and robots to see and think, as well as to conduct cognitive and neuroimaging experiments to discover how brains see and think” [Stanford] 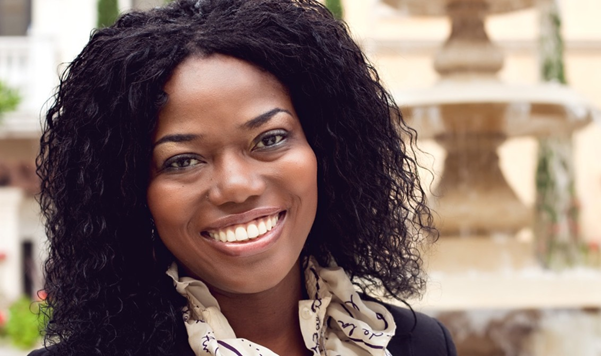 She is a deep space engineer and tech innovator has created technologies and content solutions used by global giants such as Lucas Films, Universal Music, Microsoft XBOX, Clear Channel, and Boeing. Mary has served in the U.S. Air Force, and is on the advisory boards of Amazon and Oculus VR for Good.

Mary is an accomplished novelist and screenwriter (“A Song for Carmine”) and author of the best selling book “It’s Not Rocket Science: 7 Game-Changing Traits for Achieving Uncommon Success” (Penguin Books), in which she shares inspirational stories to inspire readers to move beyond their comfort zones and move on creating impact and significance.

Today, she is the CEO and President of CEEK VR INC, which design innovative virtual and augmented reality experiences for entertainment, education, and healthcare. 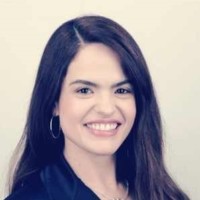 Dr. Larissa Suzuki is an award-winning and passionate computer scientist, inventor, and engineer. She holds a PhD in Computer Science, an MPhil in Electrical Engineering and a BSc in Computer Science. Her professional career includes +10 years advancing many fields of computer science and engineering, including smart cities, data infrastructures, emerging technology, and computing applied to medicine and operations research. She has worked for many organisations, including UCL, ARUP, IBM, UK Government, Bank of Brazil. She is an H Researcher at University College London and has worked for UK Government leading the development of technologies to support London’s growth and infrastructure delivery.  Since 2006 she's been actively working towards increasing the representation of women in Computer Science. She has founded multiple student/community societies, has served as a member of the Athena Swan Committee (UCL/Computer Science), co-organized the London Hopper Colloquium, and is a committee member of the Grace Hopper Celebration of Women in Computing. Twitter: @LaraSuzuki