The butcher and lepidopterist

A long time ago, I heard that my great uncle—he was only referred to as Uncle Sepp—collected butterflies. Someone in my family mentioned it. Actually, Uncle Sepp was a butcher. He lived in New Jersey. (I can’t but think of Satriale’s Pork Store.)

Last month, when I was there, in Newark at the NJIT, it got me interested again. Uncle Sepp is already about 30 years dead, but still. Over Christmas, I asked again in my family. His name was Joseph Müller. Once again I was told, yes, he collected butterflies. He, in fact, retired early having made some money to live a humble life—and collect butterflies.

I googled “Butterflies Joseph Muller” not expecting much. Now, the internet told me his story as a lepidopterist.

Joseph Muller collected about 25,000 butterflies in New Jersey, many taken after 1955, and his collection is also in the AMNH [American Museum of Natural History]. He first raised the question as to whether air pollution might be affecting insect populations in New Jersey (Muller 1976).

This quote is actually from a book, but without the Internet, I would have never found it. Thank you indeed, Internet.

I found Uncle Sepp’s paper: “Is air pollution responsible for melanism in Lepidoptera and for scarcity of all orders of insects in New Jersey“, J. Res. Lepid. 1972, (pdf) and another one “Melanism in New Jersey Catocala Schrank (Lepidoptera, Noctuidae)”, Journal of the New York Entomological Society, 1967.

My aunt remembered that a butterfly is actually named after him—or it could be a moth, I guess. However, I cannot find any more information. So, if you happen to be at The Butterfly Conservatory of the American Museum of Natural History and find a butterfly called Uncle Sepp, would you please let me know. 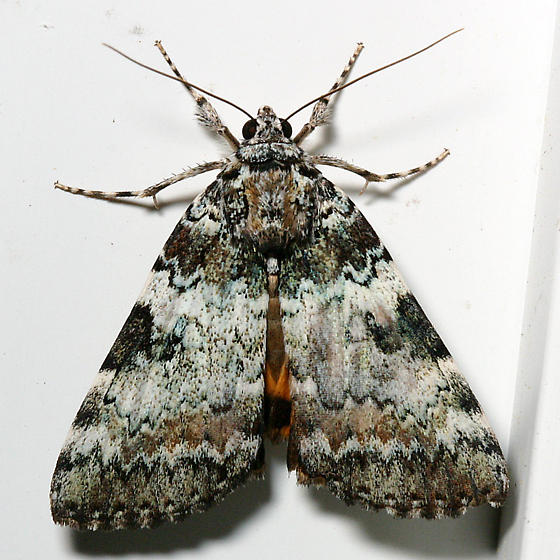