Women in Science at the HLF

This year’s edition of the Heidelberg Laureate Forum will be accompanied by the exhibition Women in Mathematics, a collection of portraits that has been shown in several countries for the last 2 years. With this effort, the HLF is joining a very timely discussion, highlighting an issue that is out there and needs to be addressed by the scientific community. In 2017, in the previous edition of the HLF, several young participants asked to have time to discuss with the female senior scientists that were present. Attending this need, the HLF organized a Panel Discussion about Women in Science. In the room there were four renowned female scientists sharing their experiences, giving advice, and most importantly, listening to the young researchers’ stories. It was a unique atmosphere that day, that brought Jennifer Tour Chayes, Vicki Hanson, Ragni Piene and Lenore Blum, and a room full of eager female scientists together. 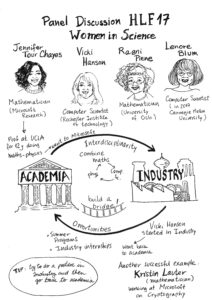 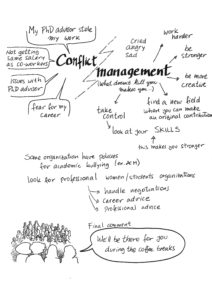