In Episode 38 of his popular podcast Meet the meQuanics, Simon Devitt discussed the 5th HLF with Nana Liu of the Centre for Quantum Technologies of the National University of Singapore and Singapore University of Technology and Design. Liu was a member of #HLF17 Blog Team and in addtion to her experience at the HLF, they dove into her work in quantum technology development.

Simon Devitt is currently a senior research scientist in the Center for Emergent Matter Sciences at the Japanese national laboratories, Riken. Completing his Ph.D in 2007 from the University of Melbourne, Australia, he has held positions at the Japanese National Institute of Informatics, Ochanomizu University and Keio University. As one of the world leaders in quantum architecture development, Dr. Devitt has invented key quantum computing architectures in atom-optics, diamond and ion trap systems. Dr. Devitt has also been the inventor of three separate quantum communications designs, 2nd and 3rd generation repeaters and the quantum sneakernet. In recent years, Dr. Devitt has pioneered the the design of programming, compilation and optimisation of large-scale quantum technology. Having released some of the only software compilers for actual quantum computing systems under experimental development, Dr. Devitt now collaborates widely with both academic and industrial researchers. Dr. Devitt has published over 80 papers in world class physics, computer-science and engineering journals and given scores of talks at conferences, universities and companies worldwide. He is regularly featured in the popular press commenting on major achievements in quantum technology.     (Text from h-bar: Quantum Technology consultants website) 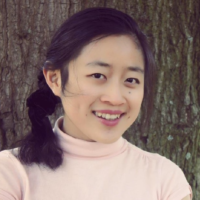 Nana Liu is currently a Postdoctoral Research Fellow at the Centre for Quantum Technologies in the National University of Singapore and also at the Singapore University for Technology and Design. She has recently completed her PhD in Atomic and Laser Physics at the University of Oxford and specialized in finding quantum resources responsible for quantum advantages in both quantum computation and quantum sensing. At the moment, her research focus lies at the interface between quantum computation and security, which relies on the cross-pollination between physics and computer science.