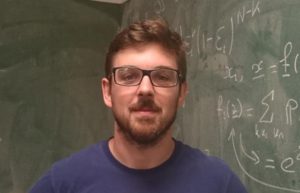 When Jan Poleszczuk was starting college, he wanted to study computer science but his father talked him out of it. He suggested math instead: “if you are going to know math then you can switch to computer sciences.” And by 2013, Jan had become a promising mathematician working on the theory of stochastic processes with time delays, and he had stopped worrying much about computer science. That year, Feliks Przytycki — the deputy chairman of the Mathematics Committee of the Polish Academy of Sciences — nominated Jan to attend the inaugural Heidelberg Laureate Forum. Yesterday, I Skyped with Jan to ask him about his impressions, recommendations for the HLF 2016 young researchers, and to share where life his taken him over these 4 years.

“I was absolutely paralyzed at the beginning to ask any questions to the Laureates,” says Jan, “but after a while I was able to do that. I kind of wish I could do that earlier so that I would be able to ask more.” His advice to the young researchers is to ask questions, “not just about the field that you’re studying but how to be good at what you do.”

For example, Cédric Villani – – who works primarily on partial differential equations and Riemannian geometry and won a Fields Medal in 2010 – – shared a story about how he spent half a year trying, in vain, to prove a statement X. Villani’s friend, through computer simulations, showed him empirical evidence that X might not be the case. A week later, Villani proved that not-X. “For me, it was quiet amazing,” says Jan, “to hear Cédric — a pure mathematician — agree that simulations are helpful.”

Until then, Jan had spent most of his time at the theoretical end of the mathematics faculty “where computer simulations were something evil.” He imagined a future for himself that involved more intricate and rigorous stability analyses and uniqueness theorems. Ways to impress other mathematicians. But the Heidelberg Laureate Forum, through Villani’s story and through contact with the more applied computer science Laureates, let Jan know that people also cared about the applied. He could have a wider impact on society.

“For the first time, I felt that the things that I’m doing are being appreciated. … The most important part of the whole meeting was to see that the people outside [of mathematics] appreciate our work. The event shows the appreciation of the work of mathematicians and computer scientists.”

And it wasn’t just the organization and the Laureates that were important for Jan’s experience. He made friends among the other young researcher who he still keeps in touch with. To the young researchers of 2016, he recommends giving out and collecting the business cards that HLF has provided for everyone: “I’m pretty sure I’ve got a couple of those back in Poland still. Somewhere in my desk.” At HLF, Jan not only saw the future of what he could achieve, but through the other young researchers he learnt more about what was already possible. He was particularly surprised by the extent of the Polish science community outside of Poland.

With his new courage, Jan moved from Poland to the USA. But more drastically, he moved out of the theoretical corner of the math faculty to a cancer research hospital. In the years after HLF, he;s been working inthe Department of Integrated Mathematical Oncology at the Moffitt Cancer Center in Tampa, Florida. Here, he started to compute cancer and find ways to both optimize existing treatments and help design new ones. I know Jan from my own time at Moffitt, and can confirm first hand that he no longer thinks that simulations are evil. Now he combines the rigor of his mathematical training and his childhood passion for computer science. His work doesn’t impress just mathematicians anymore, it is also appreciated by biologists and oncologists.

I guess that his father gave pretty good advice. 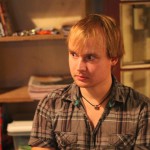 Artem Kaznatcheev is a mathematical oncologist at the Moffitt Cancer Center in Tampa. He views science and philosophy through algorithmic lenses, with a particular focus on models of learning and evolution. Artem's academic adventure has taken him to departments of computer science and psychology at McGill; and combinatorics & optimization and quantum computing at Waterloo. In October, he will start his DPhil in computer science at Oxford. You can follow his meandering explorations on TheEGG.