Mathematics is lonely work. Or so the romantic stereotype has it: the lone genius in an empty library. The sage on the mountaintop. Andrew Wiles in the attic.

But most mathematical work is profoundly collaborative.

I caught four young researchers between events, and gave them the prompt: On one piece of paper, show me the essence of good collaboration. 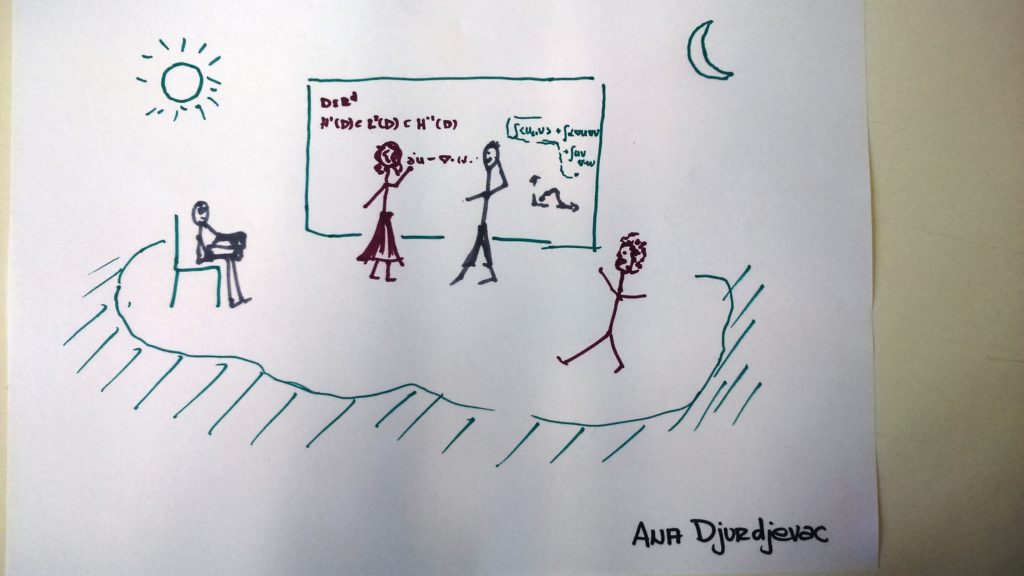 In pursuing PDEs, Ana perhaps missed her other calling: as a painter specializing in stark symbolism.

“First, you need different types of people,” she explained. “Men and women. Standing and sitting.”

“Gray and purple,” I added.

“They all share the same space,” she said, pointing to the stage-like center of her drawing.

“The sun and the moon represent day and night,” Ana said.

“So they work hard?”

“Yes, and each person plays a different role,” she said. Then Ana pointed to her stick figures, from left to right. “He is listening. She is teaching. He is asking a question. And she is angry.”

“Angry?” I asked. “Is that important for collaboration?”

“Oh yes!” Ana said. “Someone must bring the anger.” 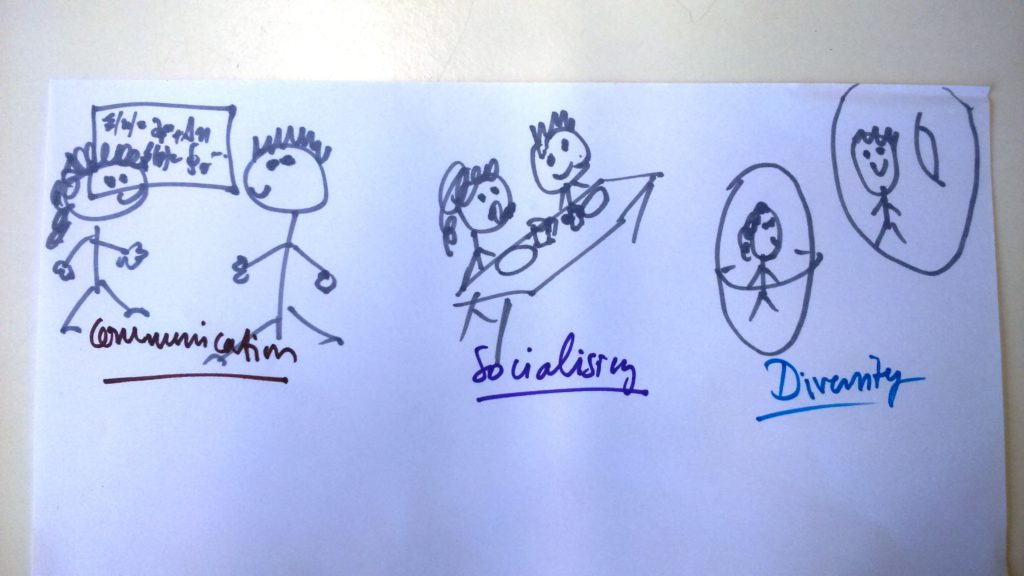 Lashi is effusively social, with a fondness for vulgar humor—I had to warn him to keep it PG-rated.

He was disappointed, but resilient. “Can I at least draw a beer?” he asked.

Second, socializing—although Lashi mused that his handwriting looks more like “socialism.” “That also works,” he said. 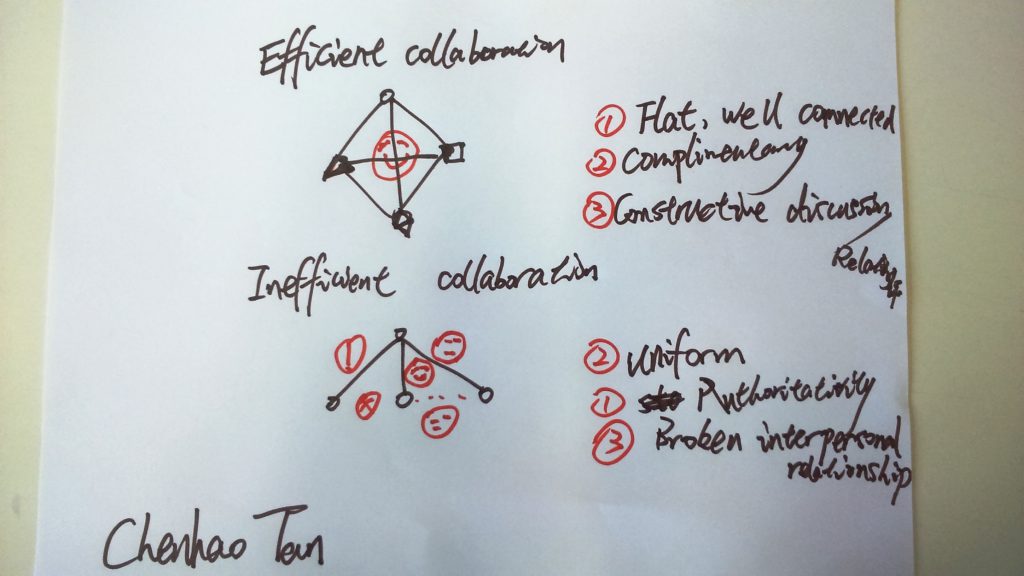 In an efficient collaboration, everyone is connected, offering compliments and constructive discussion.

But in an inefficient one, the hierarchy is strict. (Graph theorists would call it a tree.) Authoritarianism reigns, and there is no goodwill between collaborators.

Personally, if I ran an MBA program, I would totally build Tan’s illuminating charts into the coursework. 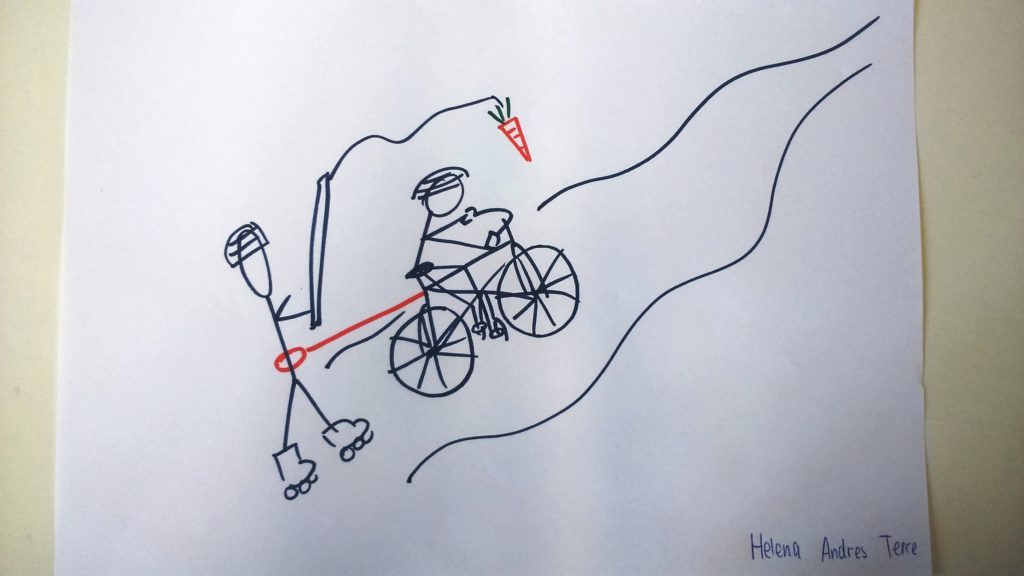 “So the guy with the roller skates is just coasting, isn’t he?” I asked.

“No,” she insisted. “You need him. The collaboration needs someone providing the carrot.”

“So the carrot is like the question being asked?” I said.

“It could be,” Helena replied. “It’s whatever drives the project forward, gives it a goal.”

Helena, still working on her PhD at Cambridge University, pointed to the one on the bike. Then she smiled. “But, someday…” she said, and her finger moved towards the other figure.