Meet Yan Sheng Ang in this Q&A series with 6 out of 200 computer scientists and mathematicians participating in the 5th Heidelberg Laureate Forum, September 24-29, 2017. 26 Laureates (Abel Prize, Fields Medal, Nevanlinna Prize, Turing Award and ACM Prize in Computing) will attend the forum together with them. For a full week, Heidelberg in Germany will be the hot spot of mathematics and computer science.

What is your name and nationality? I am Ang Yan Sheng, I am from Singapore.

Where did you study and where are you currently based?  I am currently studying at the National University of Singapore.

What is your current position? I am an undergraduate student

What is the focus of your research? What is your research project? As an undergraduate, I have yet to chose a field of mathematics to specialise in, and so I try to make the most out of the tools of elementary mathematics. In high school, I took on two research projects in graph theory. In the first, I proved a generalisation of Hall’s Marriage Theorem to analyse the game of Quantum Tic-Tac-Toe; in the second, I investigated the problem of adding edges to trees to increase edge-connectivity while minimising cost. Right now, I am still doing some self-exploration on topics that are accessible to me. Recently I have been interested in Beatty’s Theorem, usually stated in terms of the union of two arithmetic progressions. To me, however, it is simply the idea that two periodic processes taken together (eg. two metronomes ticking at different tempos) can behave almost as regularly as a single periodic process. I’m interested in other contexts where this sort of quasi-periodic behaviour emerges, such as in higher dimensions.

Why did you become a math major? I’ve been good at math since I was young, and my experience as a math olympiad contestant has left me with a love for problem solving and beauty in mathematical proof. Hence it was natural for me to continue onward beyond the elementary math of olympiads, and look towards the richer world of research math.

What do you see yourself doing in 10 years? Ideally, I would like to earn a PhD and pursue a career in academia. Of course, I wouldn’t say no to a job in industry, such as in data analytics or finance.

What are you doing besides studying? My hobbies include playing the piano, speedsolving the Rubik’s cube and other twisty puzzles, and rhythm games such as Osu!.

Why did you apply for the HLF? As a math student, I want to know what math is like on the cutting edge of research, and how mathematicians do what they do – in other words, mathematics as an organic, human endeavour – which is quite difficult in the undergraduate classroom. Thus for me, the Heidelberg Laureate Forum is an incredible opportunity to see this endeavour up close.

What do you expect from this meeting? This forum is a chance to interact with the distinguished members of math and computer science communities. Just as exciting, however, is the prospect of meeting the other exceptional students and researchers invited to the forum. Coming from diverse backgrounds and every point in the research career, each participant will certainly have something new to teach me, something that I can never learn from a textbook, research paper or lecture, and I look forward to meeting and learning from everyone.

Which laureates present at the forum would you really like to talk to? Of course, I would talk to every laureate if I could. In particular, I have received advice from a previous participant at the HLF to chat with Sir Michael Atiyah if I could, for his enthusiasm and insightful thoughts on the role of beauty in mathematics.

You are at the start of your career as a mathematician. Which field of mathematics do you see gaining most relevance over the next ten years? Recently, I have come across many areas of math in which the ideas of dynamical systems have left a mark, everywhere from hyperbolic geometry to combinatorics and even number theory. For instance, the Oppenheim conjecture is a purely number theoretic question, but the key idea of its solution by Margulis involves proving that an orbit under a certain group action is dense, which is firmly in the territory of dynamics and ergodic theory. The paradigm of dynamical systems has generated some exciting research in the past few decades, and I look forward to more of its surprises in the years to come. 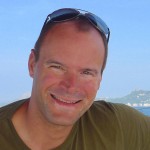