SciLogs » Heidelberg Laureate Forum » English » The 25 Who Are Here, and 1 Who Is Not

The audience rises. Doors are thrown open. And, with a blast of orchestral music, twenty-five living legends of mathematics and computer science shuffle down the aisle. 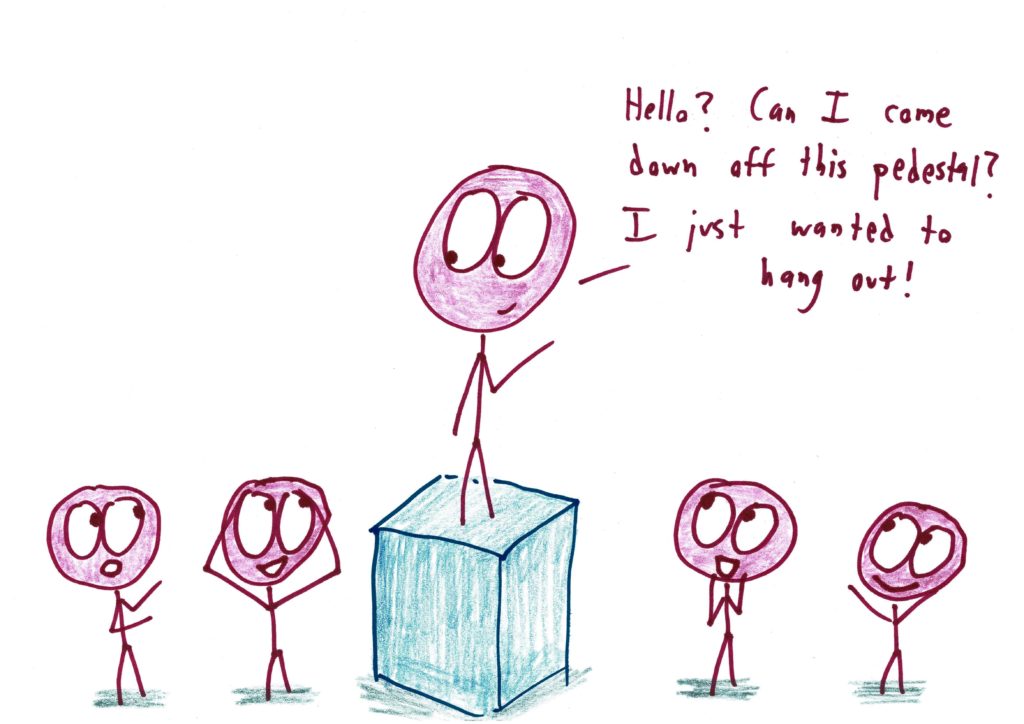 Last year, when I asked a few of them about this grand entrance, they shrugged and laughed. Watching them, you see bashful smiles and wary glances. Yes, they’re icons of academia, titans of scholarship. But also, they’re human beings, blushing inwardly at the megawatt spotlight, frowning to focus as they scan for their reserved seats.

The HLF gathers these 25 laureates alongside 200 young researchers. The point is to talk about what comes between those two phases of life: A career spent solving problems. A lifetime of chasing your curiosities and your demons through those strange borderlands, from the cold realm of mathematical abstraction to the messy world of human reality, and back again. In short: research.

The crowd rises for a moment of silence, to honor three laureates who died in the past year. Two are legends of computer science, both named Charles: Thacker and Bachman.

The third is Maryam Mirzakhani. 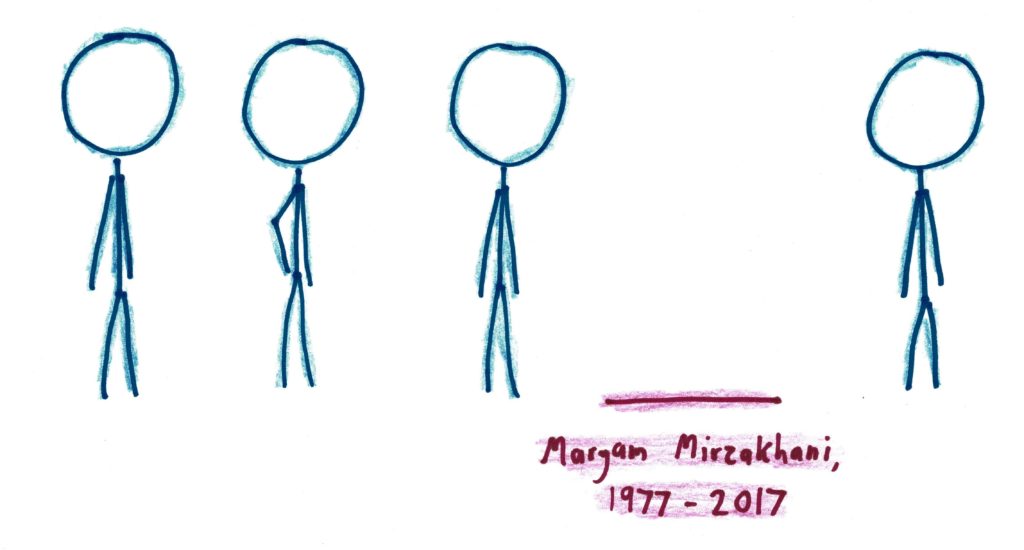 Born in 1977 in Tehran, Maryam was three years old when war broke out between Iran and Iraq. By the time it ended, she was eleven. Still, she considered herself part of a “lucky generation”: “I was a teenager when things became more stable,” she said in her Fields medal video. Gifted from her youth, Mirzakhani represented Iran at the International Mathematical Olympiad, winning back-to-back gold medals. She earned her doctorate at Harvard, became a professor at Stanford, and carried out groundbreaking research in the burgeoning field of dynamics, prompting one colleague to call her “a master of curved spaces.” In 2014, she won the Fields Medal—the first woman to do so, and the first Iranian.

Doctors found her cancer in 2013. This July, a few months after her fortieth birthday, it killed her.

In her absence, it’s easy to freight Mirzakhani’s life with our external meanings. The audience rises; doors are thrown open; orchestral music blasts. A woman of warmth and texture is lost, replaced by something larger in stature and smaller in meaning: an icon, a symbol, a portrait on a coin.

But that’s not what the grieving mathematical community needs, nor is it what the HLF is about. It’s about how the ideals of scholarship manifest in individual lives. How a single woman, in her irreducible, irreproducible way, can embody the spirit of inquiry. Since Mirzakhani cannot be here to show us her reality, we must strive to remember it as best we can.

Mirzakhani possessed extraordinary gifts, but labored for her breakthroughs, as all researchers must. She pondered, wandered, wondered. Her working style, in her own description, was “slow.” A colleague, Amie Wilkinson, remembers her “just pushing and pushing and pushing, completely optimistic the whole time.” 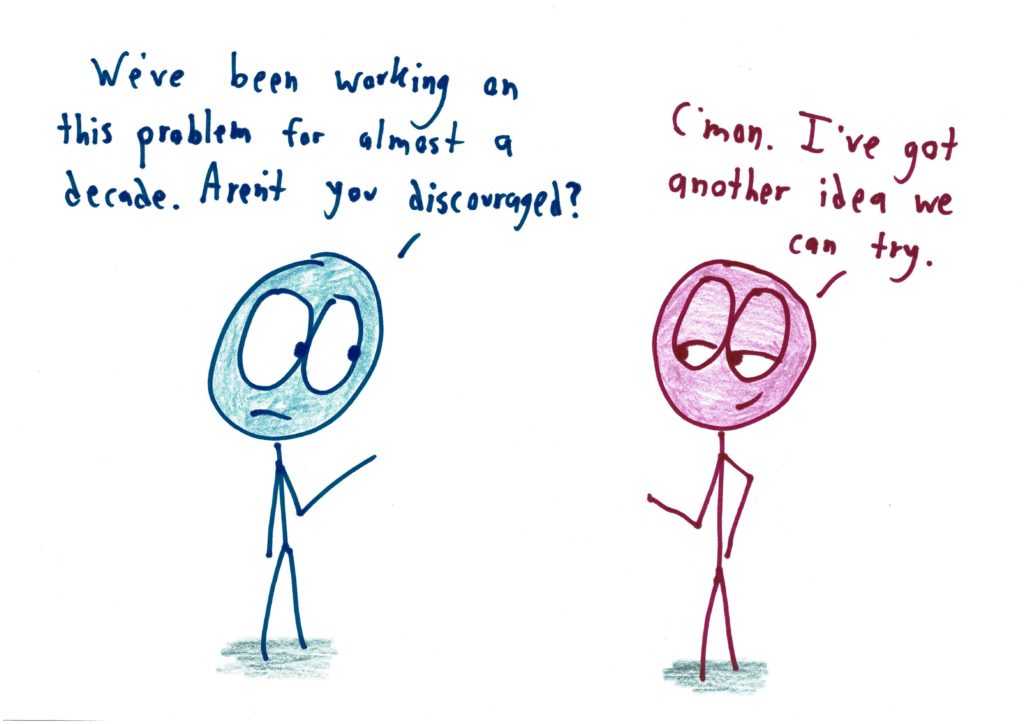 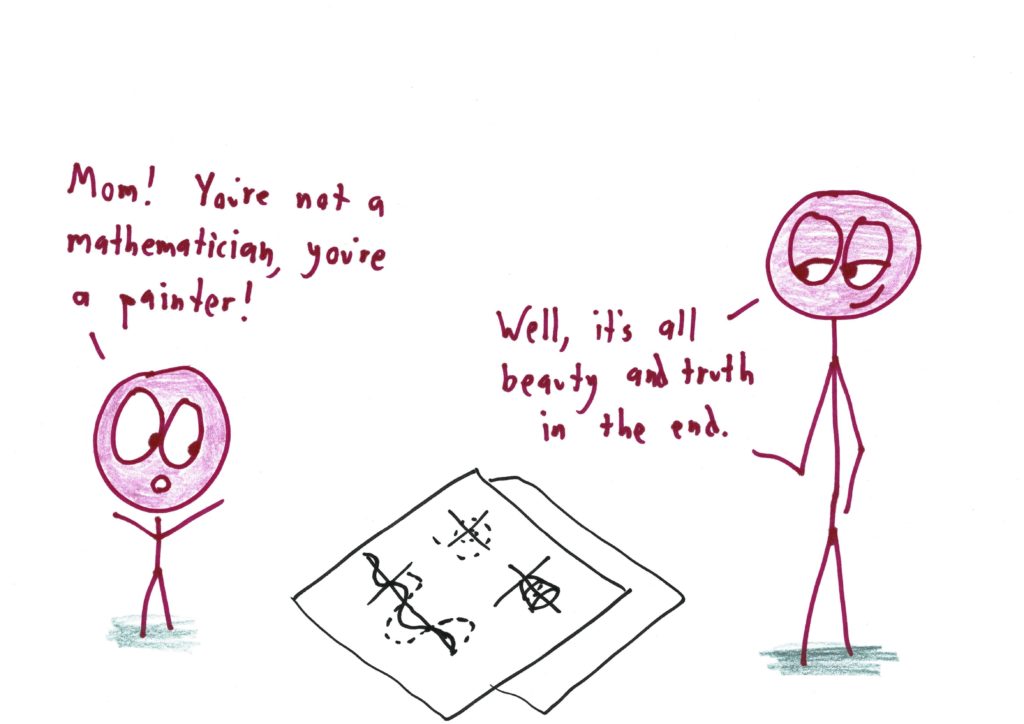 “I wasn’t always very excited about math,” she said once of her youth. “I was more excited about reading novels, and I thought I would become a writer one day.” She laughed. “I got excited about it just as a challenge. Then I realized that it’s really nice, and that I enjoy it.” 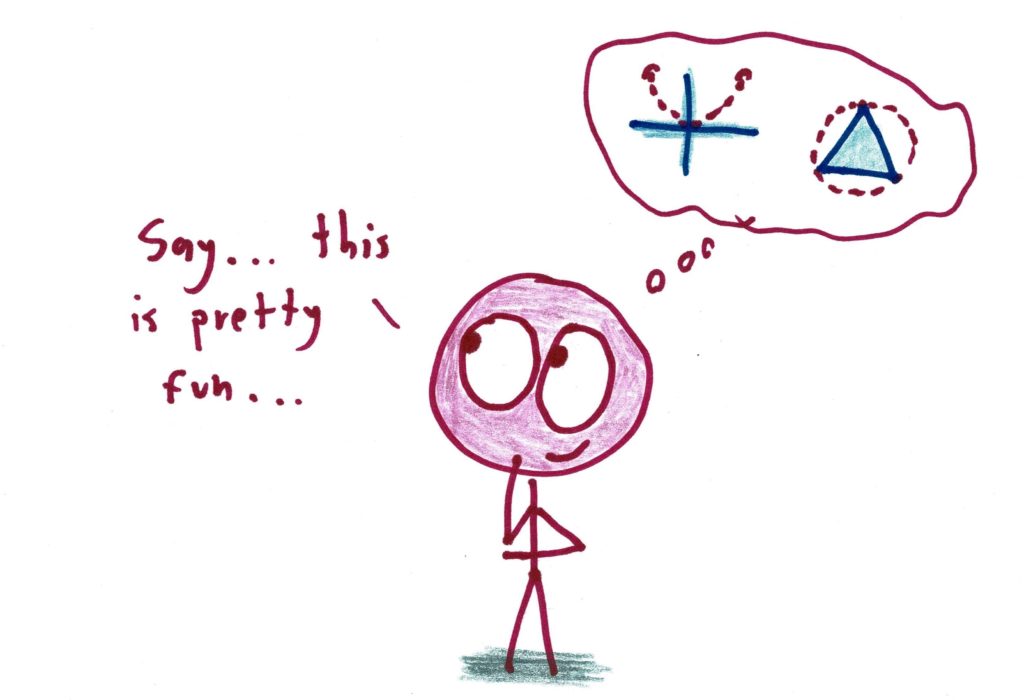 In 2014, when she won her Fields, the presenters mixed up the four medals, not realizing that each had a name engraved on it. The story appeared in The New Yorker (in a piece by Siobhan Roberts) after Mirzakhani’s death:

“I received Martin [Hairer]’s, who received Maryam’s, who received Artur [Avila]’s, who received mine,” [Manjul] Bhargava said. “An unlikely scenario, even if the medals were distributed randomly.” The mathematicians had a real-life combinatorial problem in their hands. “After the ceremony, it was very busy, and there was little chance for all four of us, or even say three of us, to be in the same place simultaneously,” Bhargava explained. “Also, due to constant photo shoots, we each needed a medal with us at all times so that we could fulfill our duties and pose with one when asked.” When Mirzakhani and Bhargava ran into each other, they laughed and tried to figure out the optimal path toward a solution. What to do, standing there, Bhargava with Hairer’s medal, and Mirzakhani with Avila’s?

She got her medal in the end. Now, three years later, her fellow laureates gather in Heidelberg, her absence felt as keenly as any presence.