Laureate Levity: A Funny Thing Happened on the Way to the Heidelberg Laureate Forum … 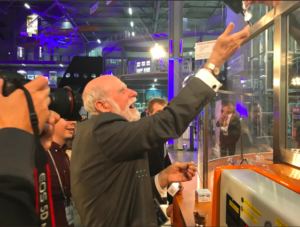 Every fall here in Heidelberg, Germany, the world’s most decorated computer scientists and mathematicians gather to exchange thoughts, ideas and inspiration with a select group of global graduate students, Ph.D. candidates and postdocs in their fields.

It’s a seriously important affair for the future of innovation and learning worldwide. But make no mistake: It isn’t all serious.

In no particular order, here’s my developing collection of quips, jokes and other lynchpins of Laureate levity from this week’s conference. If you have any to add, drop it in the comments below along with the context of the remark and I’ll add it to this developing piece. Enjoy.

“Even if you feed videos of people on bikes to these algorithms, they can’t figure out the function of the bike seat.” Turing Award (1986) laureate John Hopcroft about research problems in artificial intelligence, in ‘An Introduction to AI and Deep Learning”.’ WATCH

“Your mother was right: Never put any liquid container into an oven!” Nobel Prize in Physics laureate (1997) Bill Philips after he makes a closed bottle of liquid nitrogen blow up a trash can in ‘Time, Einstein and the Coolest Stuff in the Universe.’ WATCH.

“In science and engineering, beauty isn’t the goal. But it is a sign that we are doing something right.” ACM Turing Award laureate Leslie Lamport on coding, in ‘If You’re Not Writing a Program, Don’t Use a Programming Language.’ WATCH.

“Inside every large program, there is an algorithm trying to get out.” ACM Turing Award laureate Leslie Lamport on coding in, ‘If You’re Not Writing a Program, Don’t Use a Programming Language.’ WATCH.

“So at (naval offices), I saw a sign on someone’s door that said: Director of Earth Rotation.”  Wow. Sounds like a responsible job, but what happens if he goes on vacation?” Nobel Prize in Physics (1997) laureate Bill Phillips, in ‘Time, Einstein and the Coolest Stuff in the Universe.’ WATCH.

“Friends may come and go, but enemies accumulate.” ACMTuring Award (2017) winner David Patterson, on wisdom and habit he says “worked for me.” In ‘A New Golden Age for Computer Architecture.’ WATCH.

This is a developing story. Watch this space for more Laureate levity as HLF 2018 continues. 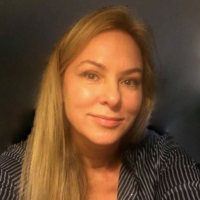