The Heidelberg Laureate Forum has a single purpose: To provide some of the brightest minds in mathematics and computer science with the space and time to make connections and find inspiration. Some of the connections made at the HLF will echo into collaborations and projects, with some of those efforts leading to concrete developments. The HLFF Spotlight series unpacks a few of those examples.

Pankaj Baranwal in Heidelberg during the 6th HLF (2018)

When Pankaj Baranwal secured an internship at NEC Laboratories Europe in Heidelberg, his excitement could not have been greater. To make it to the start of the internship, Pankaj needed to board a flight to Europe on January 12, 2019. The only problem: It was January 2, and the German Embassy informed him it would not have an appointment available for another 4 months. Undeterred, and eager not let to the opportunity go to waste, Pankaj hatched a plan: he realized that appointments might free up when somebody cancels. However, he could not sit by his computer all day refreshing the embassy’s webpage. Instead, he wrote a short script in Python that would take a screenshot every 5 minutes and, should it reveal a free appointment, would automatically notify him and fill out the form completely. It took him only 25 minutes to code.

It is this kind of problem-solving mindset Pankaj has always applied to life, his studies, and his career, he says. It is also what led him to develop eVidya, a non-profit start-up in his home country of India that has created computer labs for students in poor and disadvantaged communities, many of whom have never used a computer before. This project helps empower young Indian students to learn how to teach themselves in order to acquire the computer literacy skills necessary to be successful in an increasingly digital world.

His journey of founding eVidya began in 2018, when Pankaj attended the 6th Heidelberg Laureate Forum in Heidelberg, Germany, which annually hosts 200 young researchers from around the world in the fields of mathematics and computer science. Here they are able to meaningfully interact, debate and exchange ideas with dozens of laureates from their fields. In our conversation with him in May 2022, Pankaj describes his experience at the 6th HLF:

That was a really life-changing event for me personally, because in India, I think most students suffer from the imposter syndrome (…) We are one in a billion. So everywhere we go, we have more people like us doing better things than us. Going to the HLF and meeting these top minds from mathematics and computer science really opened my mindset to this entirely new world of people who have done amazingly well. Tapping into that network was, I think, the biggest add-on to my life, because we had studied from books written by these people (…) so meeting them and then talking to them and finding out they are just as human as we are was a pretty intense experience.

He says that while many of the other young researchers he met at the HLF were very analytical, when he spoke to the laureates, it was on a different level entirely: “They were talking about the art, the beauty, the magic that is computer science and mathematics.” Among the people he met at the 6th HLF was Vinton Cerf, who is considered one of the fathers of the internet: “He was so down to earth and humble and so curious a person. I’ve never seen little children as curious as he is about almost every topic every student was pitching. So that was a pretty game-changing experience.”

During his time at the 6th HLF in 2018, Pankaj also met Gürkan Solmaz, senior researcher at NEC Laboratories Europe, with whom he developed the project idea for eVidya. Their project was then selected for special funding by the HLF’s alumni network “AlumNode”, a collaboration between the Heidelberg Laureate Forum Foundation (HLFF) and German Scholars Organization (GSO), funded by the Klaus Tschira Stiftung.

As Pankaj tells us, part of the inspiration for his project came from his mother: “My mother runs a free-for-all community-run school in Lucknow, India. [It is in an] underrepresented, financially struggling neighborhood.” Pankaj points out that, while he was fortunate enough to attend private school himself, during sixth and seventh grade he “used to go after school or during the summer vacations to this school and teach the kids there.” Pankaj says this ‘peer-learning model’ philosophy has stuck with him even today. EVidya, he points out, was intended to utilize this philosophy, but also as a fulfillment of the ultimate promise of the internet and digitalization: “The internet was supposed to democratize schedule training, education, and everything, but I think it has actually widened the gap between our worlds.”

To get started, part of the project funding was used to purchase Raspberry Pis – cost-effective mini-computers that are popular in the maker and hacking communities for their low cost and versatility. The important thing in Pankaj’s mind was for the money to be used in the most efficient and sustainable way:

I’ve seen a lot of nonprofits who are funded from Western agencies where they get the funding, they make communities dependent on that funding, and as soon as the funding stops, the community goes back to the Dark Ages.

Part of that sustainability would come from relying on the peer-learning model:

The way we thought about it was: We are experts in our domains. We are more experienced than these guys. We will teach a batch of students there, and from every batch we teach, we will try to help two or three kids become teachers to the next batch. That is how you can actually support an entire sustainable ecosystem (…) That is how you create meaningful impact.

Pankaj designed eVidya (a portmanteau of electronic and vidya, which is “knowledge” in Hindi) with two programs in mind. The first would be a digital literacy program:

Most of these students in this community-run school had never accessed the internet, had never used a computer. They have played Candy Crush on a mobile phone. That’s about it. They know Facebook exists, they know WhatsApp exists.

Therefore, the students would first learn the basics – how keyboards and mice work, how to access email, use YouTube and so on.

The second program would be digital empowerment: “Now that you know the basics, how can you launch some more tools and technologies to solve problems in your society?” Pankaj explains how some students would help their parents selling groceries on the street out of their van. By making sure that their store was visible via Google Maps, they could help improve their parents’ sales.

At the heart of the endeavor was always Pankaj’s problem-solving approach: “[to teach students] how they can build their own mindset in a way that they (…) use what they are studying to solve real-world problems. Because at the end of the day, if you are not helping the community around you, what’s even the point of education?”

Ultimately, the peer-learning model worked as intended: While in the first year of the project the funding was used to set up computer labs and hire nearby college students to teach digital literacy, the more experienced batch of students would take initiative and be able to pass on their knowledge to their peers, even when those teachers were no longer available.

The pilot program for eVidya ran from February to March 2020. Shortly thereafter, the COVID-19 pandemic resulted in a full lockdown. Unable to continue as planned, Pankaj refocused his approach by partnering with the ed-tech startup Precisely, creating the digital learning tool Learnage, which utilized many of the same principles that were at the core of eVidya.

Nevertheless, amazed at the success of this exercise in self-reliance and having secured new funding, Pankaj spun eVidya itself off into two new nonprofits: “More Than Marks” would help students at the school level, while “Beyond Exams” would support college students more oriented towards preparing for a career. Both organizations, Pankaj says, have together impacted around 8,000 students in the past year and a half.

Much of his problem solving-oriented approach Pankaj attributes to his undergraduate studies at the Cluster Innovation Center at the University of New Delhi, where he says he and his fellow students were encouraged to identify problems in society and workshop concrete solutions to them over the course of the academic year.

Pankaj tells us that while speaking at a hackathon, he shared his story of writing a Python script to secure a visa appointment at the German Embassy with the audience. Many of them, he points out, were using the same tools he did, they just “didn’t know how to scale it up to a different use case (…) I feel that problem-solving attitude is still missing in most people in the world.” Sometime later, he discussed the matter with one of his friends – a travel agent – who offered to buy the piece of code from him. “It was a little on the verge of not ethical,” Pankaj explains. “It was just a project for myself and I ended it there.” Mainly, what drives Pankaj, is passion for his work: “It doesn’t matter if it is coding. It doesn’t matter if it is teaching. It doesn’t matter if I’m folding clothes or talking to people or completely out of my domain (…) If you’re not passionate in everything you do, at the end of the day, your life won’t be as colorful.” 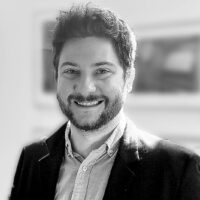 Nikolas Mariani is a part of the Heidelberg Laureate Forum Foundation team, where he is responsible for International Press & Public Relations. He is also editor of the HLFF Blog.