On writing about agriculture

A few weeks or even months ago a farmer asked for an article about my way of communication in agriculture as I’m doing this already since 2010. During this time i wrote about a couple of examples, which might be interesting, because the reactions of my readers turned out to be a lot different from what i read in other blogs.

“If you write about this or that, there will be a shitstorm ahead” To be honest: I can’t stand this phrase. This is so damn stupid, I would bitch about it even more, if I had the words. In 2011 I was the first blogger invited to a press conference by Wiesenhof, the biggest poultry producer in Germany and – guess what – the most evil company in this business, trusting animal rights activists and the media. The reason of the conference was the start of a new welfare label, giving the animals more space, toys and time to grow due to a slower growing breed. Good thing, isn’t it?

Of course I knew about the company’s image and I have to admit, that I was a bit scared already while accepting the invitation via email. It is quite hard to find a place on the internet, where topics like GMOs or concentrated animal feeding operations are discussed in a cool way. For me as blogger the internet was the only opportunity to publish. And things got even worse. I published my article just two days after my visit. As expected before I was very excited about this concept – and I still am – so my article was very optimistic. What I didn’t have on my mind was a TV documentary about this specific company, being hell for animals, environment and people – right on time like my article. This wasn’t the best night I had. I got up early to grab my tablet checking Twitter and my blog.

To my surprise my blog was a very peaceful place while the media around went crazy. I have to admit, that I failed to have the balls to put the company’s name Wiesenhof in the header of my article, so maybe it was harder to find via Google or any other search engine. On the other hand it was a great decision to mention the comapany name just within the article instead, so my regular readers could discuss it without getting disturbed. This was just the first article, many others followed, always with great interest of my readers.

Last year I found an article written by Brian Scott, a US-farmer, using Monsanto products on his fields. He uploaded his contract with Monsanto and explained it. As this was a very interesting read, I decided to translate the article and waited for the comments. Again, i was a bit nervous. But after two relaxing days without any hype, but a lot of interest showing up, I was very happy and pretty sure, that one can write about anything.

Another great experience and source of fun were – and still are – tools like Twitter and Facebook. On Twitter it is very easy to find farmers and veterinarians from almost everywhere, willingly to answer your questions concerning livestock, food security, regulations and so on. Btw: there is a reason, why animal handling and sometimes livestock husbandry in North America (including Canada) played a bigger role in my blog than European or German agriculture.

As I can’t link to articles mentioned above, because they are all in German, I want to highlight two articles I wrote in English. On my article about animal welfare in dairy farming, I described my very first impressions of a modern dairy farm in Germany while adding a few facts. To illustrate them I chose videos, made by a dairy farmer from California I found on Twitter. Farming is globally. And even research is going on on Twitter. Well, kind of. It’s the communication by scientists. Being kind of an expert after a couple of articles about poultry farming, I decided to write about an interesting research project. John R. Hutchinson, doing his research in the UK, is working on skeletal development to improve animal welfare in fast and heavy growing breeds.

As a conclusion this is the main intention of this article: there are no limits in topics to write about and it is great fun connecting with people. When i started blogging, agriculture was far away. I just wanted to write about science and thoughts, but soon recognized huge interest in my first articles about Temple Grandin and her ideas on animal handling. I continued writing about it, found and met great people and digged even deeper into agriculture, because I just didn’t know, that agriculture is hard to write about ;)The fact, that some discussions are quite aggressive, shouldn’t lead to the conclusion, that it is not possible to write about or communicate it.

So, if you are a farmer or scientist in agriculture and you want to write, DO IT! Just give it a try. And to all the others already doing it: stop telling anyone about topics one can’t write about. Encourage them instead! 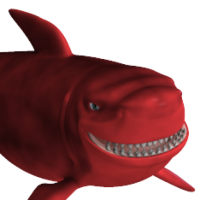