I like Interdisciplinary research – or how to combine mathematics and medicine

“I always wanted to do something that truly has an impact on society”. Initially, the mathematician Saskia Haupt wanted to become a teacher. Now she finds herself in an interdisciplinary research institute coordinating a project that brings together mathematicians and tumor biologists to find new ways to understand colon cancer development and possibly new methods that might prevent this disease altogether. “I am very happy about this outcome, because I always wanted to do cancer research – just from a different angle!”

Saskia first started her bachelor’s degree in teaching, but then decided to switch her major to focus on mathematics instead. She finished her master’s degree in mathematics in September 2017 at Heidelberg University. Just when she had set her mind on mathematics, HITS group leader Vincent Heuveline proposed a new collaboration that would bring her one step closer to her passion for medicine. Saskia laughs when recalling her first meeting with the tumor biologists to talk about the upcoming collaboration: “They explained their research for two hours straight and I did not understand a single thing. But I was immediately blown away by how interesting this subject is and how many ways there are to work together.”

The project was initially planned as part of Saskia’s master thesis, but already during the first meeting, it was proposed that she might continue this project for her PhD: “That’s when they got me!” Saskia Haupt is currently part of the research group Data Mining and Uncertainty Quantification (DMQ) at HITS as well as the Engineering Mathematics and Computing Lab (EMCL) at Heidelberg University and started her PhD in October 2017.

So how does a mathematician come to do cancer research? “I was wondering for a long time whether I should just study medicine, but I would have missed the analytical aspects of my studies which I greatly enjoy.” Saskia’s background in mathematics and analytical thinking turned out to be exactly what is needed for this particular cancer research project. “My abilities make me basically the ‘translator’ between the physicians who have the medical data and specific research questions and the mathematicians who can come up with a solution.” Saskia continues: “It might be a cliché, but in the end, it is just about building bridges between two disciplines that seem quite far away from each other but can benefit greatly from working together.”

When asked how one can imagine bringing two vastly different disciplines together in daily life, Saskia chuckles: “Talk, talk, talk! Especially in the beginning it is crucial to find a common word pool to adequately express what we are talking about. And only then the thought- process starts when I ask myself ‘how can I translate those words into a mathematical equation?’” According to the HITS researcher, the time she spends on her desk coming up with those mathematical equations is rather small compared to the time she is discussing with her research partners. What seems like a lot of work also has its positive aspects for the mathematician: “What I enjoy most about this cooperation is not only that I learn a lot about other research fields but also how other researchers tick.”

If a cooperation can be that fruitful how come there are not more examples like that? “I think a lot of people are afraid that they are losing part of themselves when not sticking strictly to their own research field, because this role requires to wander between two disciplines”, says Saskia. “I can understand those concerns, but I also gained so much more knowledge and expertise while working in this project.”

The key to interdisciplinary research

The demand for interdisciplinary research has always been there, but not many researchers manage to really bridge the gap. What makes this combination of mathematics and medicine so successful? “Medicine gathers a lot of valuable data such as genome sequences. However, analyzing these data is not always a core part of medical research. That is understandable since one researcher alone cannot have the detailed expertise of medicine and mathematics or even other research fields. That is the reason why working together is so essential.” Data analysis seems to be one of the natural limits for clinical research. Therefore, mathematicians – among others – can provide the necessary tools to unlock the hidden knowledge in those data sets together. Asking and answering the relevant questions is the key component in this interplay. Those questions could be for example: Why do people get certain diseases? How do tumors evolve? According to Saskia, however, her contribution is more than just testing the medical hypothesis of who is getting which disease and why: “Very often, we cannot observe how for example colon cancer develops. It is not visible in early stages. We can only detect it when it is already quite evolved. If we came up with a model that shows us the relevant factors and evolution of tumors, we would not only know it earlier, but we could probably find ways to prevent it.”

In case some researchers are reading this blog article and feel motivated to dip into other disciplines, how can they get started with such an interdisciplinary project? “If you find a paper or subject you are interested in and think you can add to that research, just get in touch with the researchers. They are always happy to talk to others that are as excited about their topic as they are. Many research fields even have special societies that bring together people from all over the world.” Once you are in, there are so many more possibilities. After making her research public in two major research papers, Saskia got several requests from other researchers who are interested in working with her in another interdisciplinary project.

“It’s important to think outside the box.” The mathematician believes that the opportunities to bring researchers together for a common goal are endless: “There are diseases which are difficult to detect. On the other side, we have for example astrophysicists, who search for rare objects in the universe. Not only medicine could harvest a lot of valuable knowledge and methods from other research fields that do not seem obvious at first.”

You just need to breach the gap. 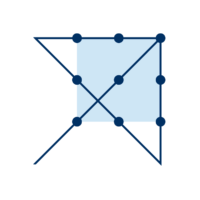 Isabel Lacurie is a science communication enthusiast and worked in the HITS communications department from 2013 to 2022.