What Makes Us #HUMAN?

What are your hopes? Your fears? What does love mean to you? Driven by these basic question that shape human life, the French filmmaker Yann Arthus-Bertrand and his team talked to some 2000 people from 65 countries. The result is HUMAN, a deeply moving film. The best: You can and should watch it from everywhere on the planet – for free. Merci! (Here you can read the German version of this post.)

Humans in the Anthropocene

Thanks to the rewards of industrialization and modern medicine, more than 7.3 billion people currently inhabit our world. By 2050, 9.6 billion people are expected, according to estimates from the United Nations (U.N.). In addition, the human-caused global warming is breaking record after record.

No question, it’s more than time to say goodbye to any separation between humans and nature. If we want human life to continue on our planet we need to look back on how to respect our natural basis of life. Otherwise, eventually, nature won’t be able to bear us any longer. Consider that the planet will survive the Anthropocene — the man-made epoch (from Ancient Greek ἄνθρωπος, anthropo, for “man,” and καινός, cene, for “new”). For us, it’s a different story. 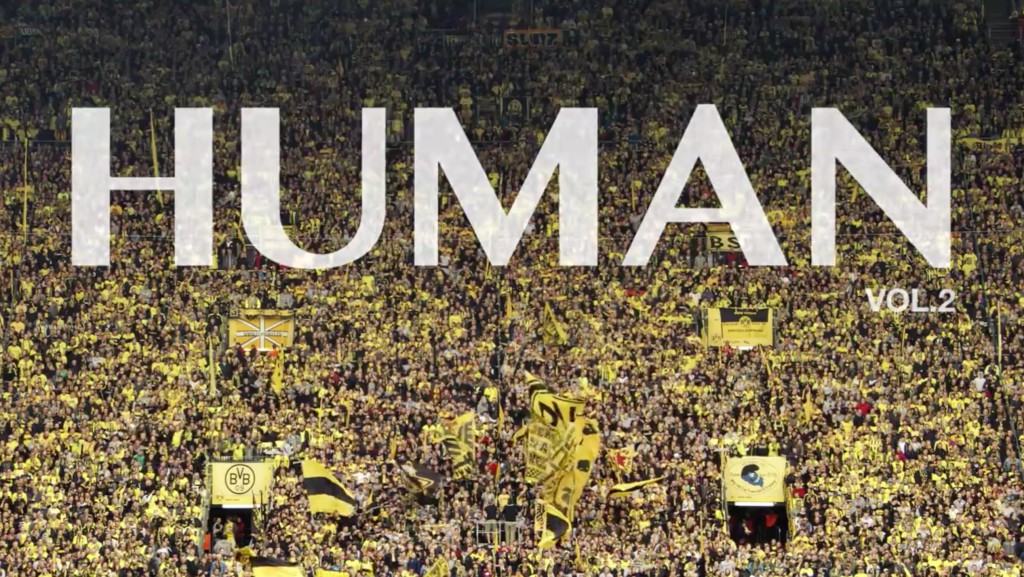 Raising awareness for being human

Yann Arthus-Bertrand is one of the major ambassadors for the beauty on earth. His stunning pictures manage to inform, educate and move the masses. More than 600 million people have seen the film Home, which is available for free on YouTube, too. Time and again he inspires us to get to know and to love our planet.

In 2005, the French photographer, who has recently celebrated his 70th birthday, created the GoodPlanet Foundation to change the world for the better. He took out a loan on his home for his mission to raise awareness about our impact on earth.

However small, every being leaves a trace. At least we humans can make some choice on how we might want it to look. This makes us special. However, it also means opportunity, risk and responsibility for all of us. Therefore, we all should be able to learn that and how we affect the world.

HUMAN deals with humanity and its global diversity. Directly. Honestly. Moving. In between, stunning aerial views. The film meets the high standard of its acclaimed goal: We are now able to see the world with different eyes than before. 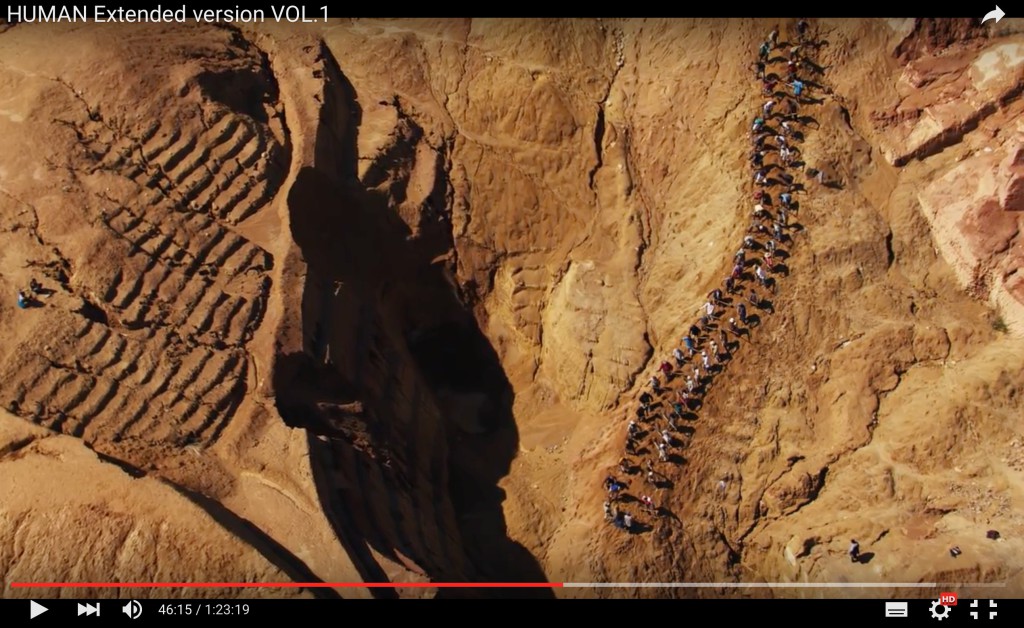 Scene from HUMAN: Diamond Mine in Madagascar

José Mujica (or the integration of modesty)

The first part of the extended version closes with an appeal to sobriety by José from Uruguay, followed by a breathtaking flight sequence through Manhattan’s late evening business world, undoubtedly one of the most expensive spots on earth.

How do you feel about these contrasts? 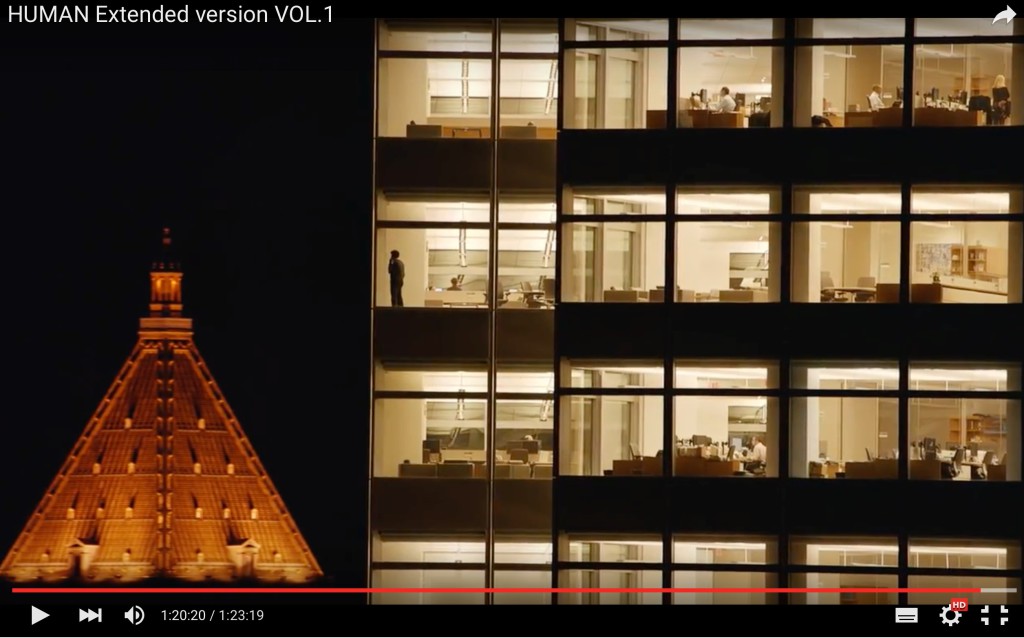 Scene from HUMAN: Insight into New York City from the Air

The way we live and our values are the expression of the society we live in. And we cling to that. It doesn’t matter if I’m the president [of Uruguay]. I’ve thought about all this a lot. I spent over 10 years in a solitary confinement cell. I had the time… I spent 7 years without opening a book. It left me time to think.

This is what I discovered. Either you’re happy with very little, without overburdening yourself, because you have happiness inside, or you’ll get nowhere. I am not advocating poverty, I am advocating sobriety.

But we invented a consumer society, which is continually seeking growth. When there’s no growth, it’s tragic. We invented a mountain of superfluous needs. You have to keep buying, throwing away. It’s our lives we are squandering.

When I buy something, or when you buy it, we’re not paying with money. We’re paying with the time from our lives we had to spend to earn that money. [But] the difference is that you can’t buy life. Life just goes by. And it’s terrible to waste your life loosing your freedom.

∼ José Mujica, also called El Pepe, was President of Uruguay between 2010 and 2015. He became famous as “the world’s humblest president” due to donating most of his salary to charities while maintaining an austere lifestyle. Before becoming president, the 80-year-old ex-guerilla was tortured and spent several years of his life in prison isolated in solitary confinement.

#HUMAN. Thanks to all who helped to make this possible! #WhatMakesUsHUMAN