SciLogs » Medicine & More » Allgemein » A Stroll Through the Heart of Berlin or What George C. Marshall Can Teach Us

A Stroll Through the Heart of Berlin or What George C. Marshall Can Teach Us

Strolling through the heart of Berlin reveals a couple of gems along the way, a part of which I would like to share for the end of the year, including some heritage George C. Marshall left to us. Click here for the German version of this post.

“The cost of war in human lives is constantly spread before me, written neatly in many ledgers whose columns are gravestones. …

There is no higher goal than the establishment of enduring peace and the maintenance of true freedom for the individual.”

If you walk towards Potsdamer Platz from the South, you will most likely cross the Landwehrkanal via George-C.-Marshall-Brücke. This rather young and filigree bridge was inaugurated in 1999 to connect the reconstructed heart of the city with its southern parts. Given its location, it was chosen to honor the initiator of the Marshall Plan.

View from George-C.-Marshall-Brücke towards Potsdamer Platz

George Catlett Marshall, Jr. was an US-American general and statesman. So far he was the only soldier ever awarded the Nobel Peace Prize (1953). Thanks to the Marshall Plan, named after him (1949, officially the European Recovery Program, ERP), West Berlin and some 18 European countries could be rebuilt after World War II. Without this aid the world would look very different today.

His quote above is engraved on the pillars of the bridge in the North and in the South, on the left side in German and on the right side in English. 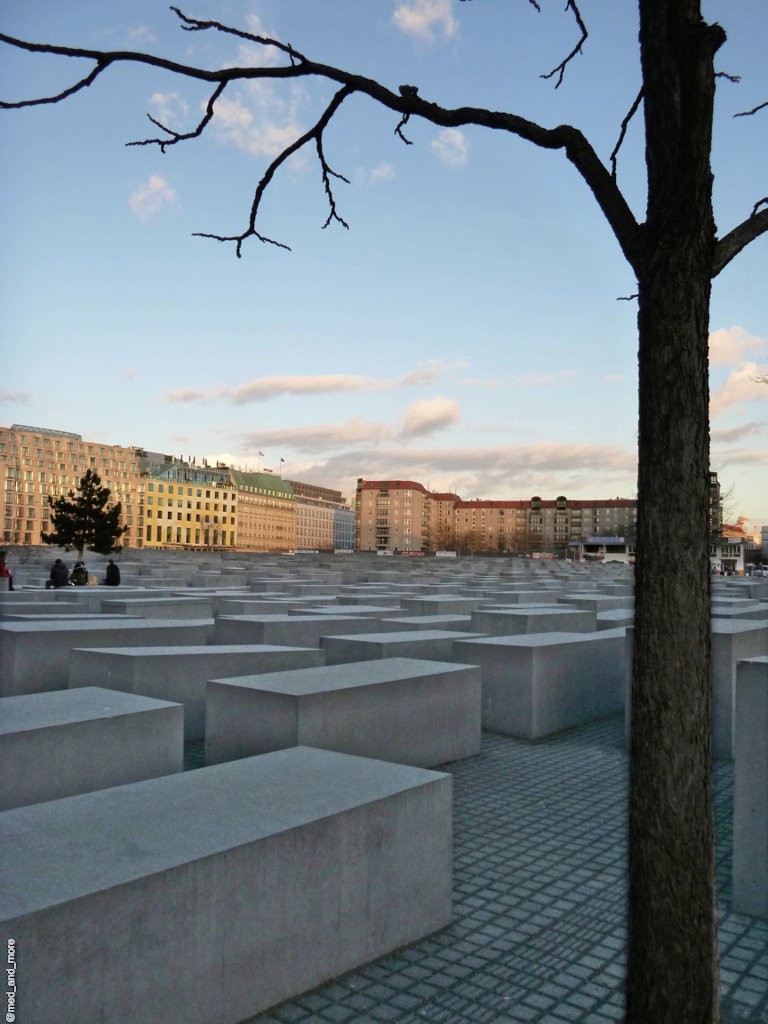 Just some hundred meters away you continue your walk among the stelae of the Holocaust Memorial (officially the Memorial to the Murdered Jews of Europe), a sculpture designed by Peter Eisenman to remember the human tragedy and pain of the more than six million Jewish victims the Nazis killed. The sculpture was inaugurated on May 10, 2005, sixty years after the end of World War II. What better illustration could there be of George Marshall’s words?

Finally you end under the Brandenburg Gate (German: Brandenburger Tor), the world-famous triumphal arch at the former border between the eastern and western part of the city. Today the 18th century neoclassical building stands as a symbol of a tumultuous history including the Cold War, as well as of European unity, freedom and peace. People from all over the world meet here to enjoy stunning sunsets, and nowadays to take selfies and other pictures. 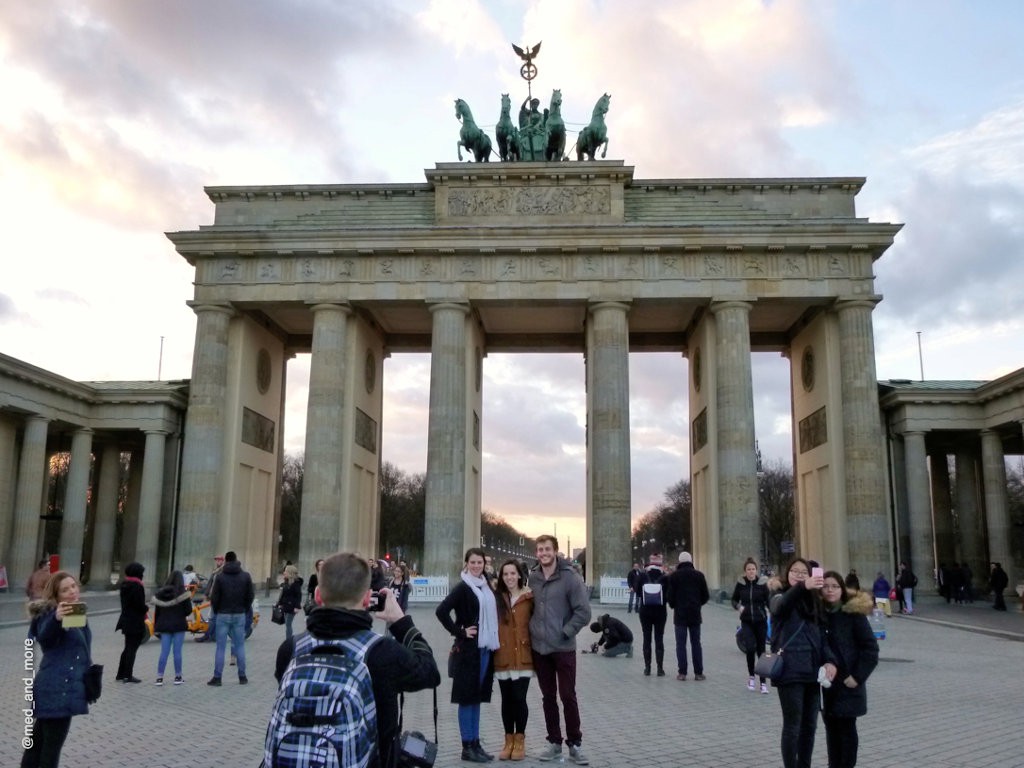 Photo shooting at the Brandenburg Gate

Let me wish you all a wonderful year 2016, filled with joy, health, success, happiness and peace. May the New Year bring out the best in everyone. 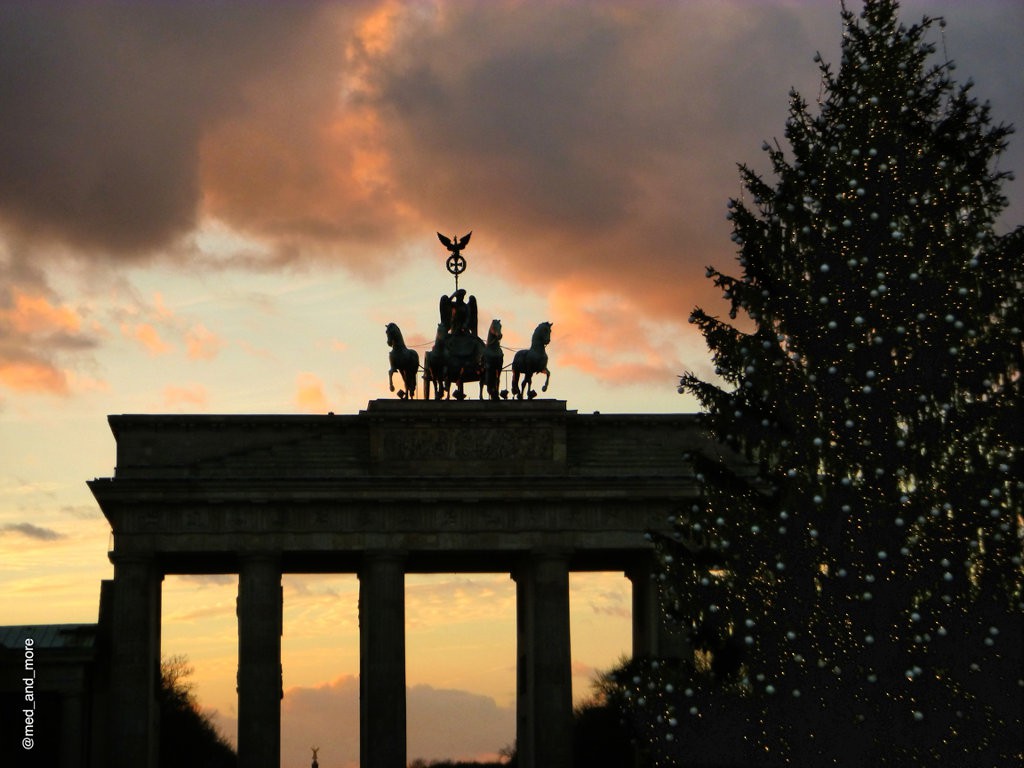