The numbers behind the young researchers – 2018

For the Wednesday afternoon of HLF, the entire conference gets on a (very large) boat and heads off for a gentle cruise down the river, drink in hand and ready to enjoy the scenery. The young researchers, along with the Laureates and the rest of us, are effectively trapped on the boat for a few hours – so just like last year, we took the opportunity to corner some of the PhD and postgrad students and ask them about their research – and the numbers they find central to their work. 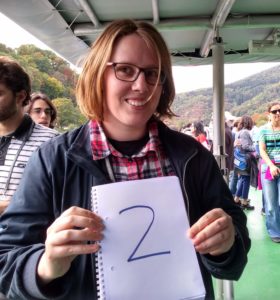 Becky’s research is in pure mathematics, working with objects known as C*-algebras – originally developed to provide a mathematical framework for quantum physics. Using cohomological data, she ‘twists’ these algebras with 2-cocycles (giving the 2 Becky chose as the number to represent her work), and studies how this changes the fundamental properties of the objects, such as commutativity – whether two operations give the same result if performed in either order. This contributes to an overall effort to completely classify C*-algebras. 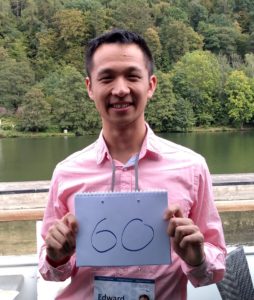 Edward is working on a system that can monitor haemoglobin levels in a person’s blood, using only the camera and flash in an everyday smartphone camera. Putting your finger over the camera lens, the system can see the colour of the blood each time a heartbeat pushes it through the fingertip. Using devices that are already prevalent brings obvious advantages in terms of cost and ease of distribution. The number Edward is most familiar with is the resting heart rate of his most frequent test subject – himself. 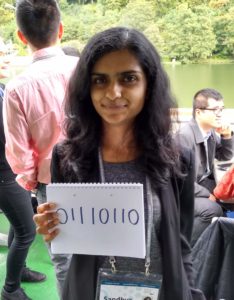 Sandhya works in hardware architecture, designing integrated circuits for applications such as machine learning – her research happens somewhere in the overlap between computer science and electrical engineering. To represent her research, Sandhya chose a binary sequence of 0s and 1s, since she works right down at the level of the individual bits shuttling around the hardware. (For the picture, we chose an arbitrary sequence, despite our previous thoughts on this issue.) 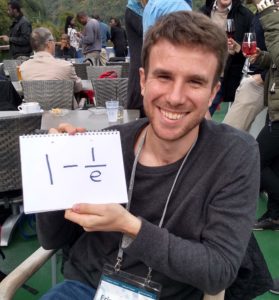 Eric’s research concerns approximation algorithms – routines for finding good solutions to mathematically difficult optimisation problems (for example the famous ‘Travelling Salesman’ problem). He works specifically with a class of problems computing things known as submodular functions. For this class of problems there is a mathematical limit on how well they can be approximated, given by 1-(1/e), or about 0.632. This forms a kind of ‘holy grail’ for these algorithms, so naturally Eric chose it as his number. 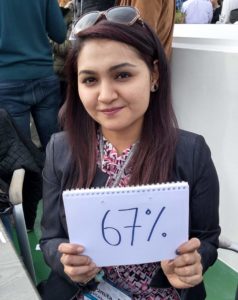