No Nobel Prize for Mathematics? Is it Kovalevskaya’s Fault?

Why is there no Nobel Prize in Mathematics or Computer Science?  My fellow blogger Tobias Maier has recently raised this question on the German version of the HLF Blog. Here’s an answer – or rather: a collection of answers. It comes (shortened and edited) from my book “Do I Count? Stories from Mathematics“.

So why is there no Nobel Prize for Mathematics? There are several legends arrayed around this question—some of which are considerably more interesting and exciting than the rather prosaic truth.

For example, from an article written by Jeanne Rubner in 1999 in the Süddeutsche Zeitung:

The recipients of the Fields Medal derive some of their limited fame from the recognition that the honor is treated as a covert “Nobel Prize” for mathematicians. The non-existence of that prize, by the way, is due to a talented mathematician. The Russian Sofia Kovalevskaya, who would have certainly warranted a Nobel Prize for Mathematics, did not want to become Alfred Nobel’s lover. He got his revenge by not including Mathematics in his will some 100 years ago.

So, it’s the Kovalevskaya’s fault?

But there are also other versions of the story. The French version says that Gösta Mittag-Leffler, the most eminent Scandinavian mathematician of that time, had an affair with Nobel’s wife, and that Nobel therefore wanted to prevent his getting the prize. This is, I must admit, my favorite version of the story—for once the mathematician is not the loser nerd but the Romeo. It is, however, not really plausible, because Nobel was actually never married: he had motherly friends and patronesses and correspondents, but no wife and probably no mistress.

Was Nobel interested in Kovalevskaya? The German Wikipedia reports:

At the end of 1887 Sofia met Alfred Nobel, who  also courted her, but an affair between the two  never developed. Until today the rumor persists that there is no Nobel Prize for Mathematics because Kovalevskaya had an affair with Nobel and then left him for Gösta Mittag-Leffler. There is no basis for this rumor because Sofia Kovalevskaya did not have an affair with Mittag-Leffler either.

One might take issue with the somewhat snarky tone of these comments, and one might also ask how the Wikipedia columnist came to learn all these salacious details.

Yet another version leaves the women out of the picture and just speculates that Nobel and Mittag-Leffler did not like each other for some reason, and Nobel did not include Mathematics among the prizes he endowed because he thought Mittag-Leffler, in view of his prominent position in the Swedish Academy, was a likely recipient of the prize, and he wanted to prevent this.

Indeed, Gösta Mittag-Leffler (1846–1927) was a promi nent member not only of the Swedish Academy but also of Stockholm society. He was a renowned scientist, corresponding with mathematicians all over Europe; he was wealthy and had a position in society; he built himself a marvelous villa in Djursholm, a Stockholm suburb, for which he was even able to arrange the extension of a streetcar line, and which is now the home of a Mathematics Research Center of international importance. (The streetcar line is gone, though.) In society, he was generally surrounded by three women: his wife, to whom he owed a substantial part of his wealth; his sister Anne Charlotte Leffler, an author who had a great success with, among others, her stories “From Life” about the upper circles of Swedish society; and Sofia Kovalevskaya, called Sonya, who was (not without cause, see the picture) the subject of much fantasy.

There’s a lot to tell about Sofia Kovalevskaya – I’ll do that elsewhere. Here I want to point to just one mile stone from her biography: In 1884, at age 34, she became a regular professor at the University of Stockholm, after considerable lobbying by Mittag-Leffler, against strong opposition from the faculty. She was thus the first female mathematics professor at any European university. In 1888 she received the Prix Bordin of the Paris Academy of Sciences; in 1899 she was granted tenure in Stockholm. Only two years later she died from pneumonia, at the age of only forty-one.

So why is there no Nobel Prize for Mathematics? Today  we know that Alfred Nobel and Gösta Mittag-Leffler knew each other and probably did not like each other very much.  If Sonya Kovalevskaya had anything to do with that, it is not clear. But we do know of some testy exchanges between Nobel and Mittag-Leffler during the struggle for a full professorship for Kovalevskaya. Mittag-Leffler wrote to Nobel asking for financial support for the professorship, since otherwise she might have to return to Russia after the expiration of her temporary appointment. Nobel answered dismissively that it would be just as well for her, since Mathematics in Stockholm was after all rather provincial.

But does this have anything to do with the “missing” Nobel Prize? Probably not. Nobel is likely to have not considered Mathematics as a science that provides the “greatest benefit  on mankind.” In his will, this is the decisive criterion for the awards. So there are prizes only for physics, chemistry, medicine, literature, and peace. The economics prize is a very late addition to the group, endowed by the Swedish Riksbank to celebrate its 300th anniversary in 1968; some circles in the Swedish Academy of Sciences consider it a mistake. In any case, it’s not a “real” Nobel Prize.

Once the Nobel prizes were established, Mittag-Leffler involved himself thoroughly. For example, he made sure that the Nobel Prize for Physics in 1903 for work in radioactivity was awarded not only to Henri Becquerel and Pierre Curie but also to Marie Curie. He wrote Pierre Curie and asked him for confirmation that his discoveries were made in joint researches with his wife and that they should thus be jointly recognized. Mittag-Leffler submitted the resulting letter to the academy and thus ensured that Marie Curie was included in the award. A mathematician as a promoter of women? Perhaps. But in this case perhaps simply a promoter of excellent science. Mittag-Leffler also tried for many years to get an award for the Mathematician Henri Poincaré, starting in 1901 (the first year the prizes were awarded) and continuing until Poincaré’s death in 1912. After this, Mittag-Leffler’s interest in the Nobel Prizes waned considerably—perhaps in part because he was not able to convince the academy that the physics prize might occasionally go to a mathematician who had made great contributions to the field.

But we can also answer the question, “Why is there no Nobel Prize for Mathematics?” in an entirely different way:  We don’t need it. We have the Fields Medal, which was first awarded in 1936, and since 1950 has been awarded every four years at the International Congress of Mathematicians. Admittedly, they are not as lucrative as the Nobel Prize, providing only 15,000 Canadian dollars. And, unlike the Nobels, they can only be awarded to active mathematicians under the age of forty (no “prizes for geezers”).

Another answer is: Mathematicians don’t want it. In the 1960s, prominent mathematicians in the Swedish Academy of Sciences in Stockholm were asked if there was any interest in a Nobel Prize for Mathematics. At the time, the answer was a sort of clear “no”: leading Scandinavian mathematicians at the time thought that a competition or race for a Nobel Prize would be detrimental to the cooperation among mathematicians that was so important to the progress in the field. They therefore declined, with thanks.

And a third answer: There is actually a Nobel Prize for Mathematics. Since 2003 the Abel Prize has been awarded annually by the Norwegian Academy of Sciences, which also awards the Nobel Peace Prize. The monetary award is handsome (6 million Norwegian kroner, a little over a million dollars) and is given for “outstanding scientific work in the field of Mathematics,” which has meant a lifetime achievement (so it’s for older mathematicians). The King of Norway hands out the prize in person—altogether, it’s a very prestigious prize. However, it’s not called a “Nobel Prize,” but then, we don’t know if Alfred Nobel would have thought that would be a good thing. PS: Thanks to Thomas von Foerster (“Licenced Quantum Mechanic”, according to his business card), for the translation of my book, and thus also of most of this piece, into English! 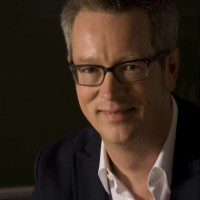