Impressions from Friday’s Session at SAP-II

Since last year’s panel discussion on Women on Science, the HLF has made a conscious effort to include discussions on the subject among its activities.  Together with the exhibition “Women of Mathematics throughout Eruope”, Friday included a panel discussion on gender roles and career paths in academia and industry. The discussion included 3 prominent female scientists, mathematicians and computer scientists, with active participation from the audience. This was followed by a more direct and informal interaction between the young participants and the panelists. 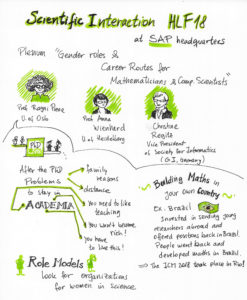 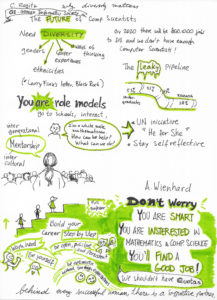