Last year, I wrote with some envy about the first annual Heidelberg Laureate Forum. This year, I’m there! I mean, here! Yes, after several flights and a few train delays, I’m finally in Heidelberg, and if the fog clears and drizzle dissipates, the surroundings will be beautiful!

The opening ceremony for the meeting was Sunday night. I don’t know whether the highlight was the reappearance of the odds-defying saxophone quartet that John Cook wrote about last year or Ingrid Daubechies’ joke that mathematics is a very old profession, but of course not the oldest profession. Two themes of the opening comments by organizers were about speaking slowly to communicate well and about using our powers for good, especially in the case of computer science, where as we have seen recently (hi NSA, what’s up? Nothing to see here…), computer security can have very serious consequences. As Alexander Wolf, president of the Association of Computing Machinery, which awards the Turing Prize, pointed out, these cautions about computer science represent something of a victory: the benefits of computing are so widespread and obvious that they are just taken for granted. It is hard to imagine a world without them.

From the looks of the program, we are in for a lot of outstanding talks this week. Personally, I hope to get a better feel for some of the big ideas in computer science from some of the speakers. But we all know that a lot of the real benefit of a meeting is what happens between talks and on excursions. I’m looking forward to making connections during those in-between times!

This year, the meeting has both a German and an English blog. I’ll be over here writing in English. I might even livetweet a few of the talks, so you can also follow me on Twitter if you’re not already. The hashtag for the meeting is #hlf14. Tschüss!

Cross-posted with minor changes at the American Mathematical Society Blog on Math Blogs. 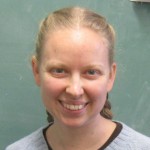