The 2017 Turing Award winner, Dave Patterson, from the University of California, Berkeley, presented on Thursday morning of the HLF a talk called “The Past is Prologue: A New Golden Age for Computer Architecture.” He went through the fascinating history of computer architecture. While a lot has already been accomplished, there are new discoveries waiting to be made for the next generation of computer architects.

Patterson started his lecture with three lessons of the last fifty years of computer architecture.

As Patterson explained, back in the 1960’s IBM had a problem. They had four incompatible lines of computers with different instruction sets. Four different computer vocabularies and four different software stacks. They decided that was a bad idea, so they wanted one “instruction set to rule them all and that was IMB 360.” Using Maurice Wilkes’ idea of a microprogramming “to design the control unit of the processor,” IBM invented IMB 360.

This led to the microprocessor evolution. Instead of lots of chips, we could do this in a single chip and they would compete against each other. “Intel was forced to start an emergency project to provide the consumers with something that they needed right away and that ended up being Intel 8086 microprocessor.” It became a huge success as they received over 100 million sales and suddenly “it was the future.”

The move from a complex (CISC) to a reduced instruction set (RISC) was next. “Turns out you can now read RISC design 5 or 6X faster (net effect was 4X) than CISC.” With RISC we moved from the “PC era” to the “Post PC era.” Now things are in the cloud or pocket. “Instead of buying chips from INTEL you have designs like intellectual property that goes into a system on a chip that you are building.” The chips are in your phone; it is not just performance but also energy. In this last year the performance only improved 3%. “We went from doubling performance every 18 months to doubling every 20 years as a result of Dennard scaling.” Dennard scaling states that as transistors get smaller their power density stays constant, so that the power use stays in proportion with area.

But none-the-less, Patterson encouraged the audience by talking about the many different opportunities that are left in computer architecture. In the software-centered approach, we need to figure out how to make the programming language Python faster. In fact, Patterson said that is one way to win a Turing Award. “If you only make it go 1,000X faster that would be an amazing result. The potential is there.” For the hardware-centered approach, we need to work on domain specific architecture. We need “do something specific and not general purpose.”

During the question and answer session, Patterson was asked, “What do you think is the role of academia vs. industry given that this is such a market-driven area?” He responded, “Computer science has such a synergistic relationship with industry. It is our former students at these companies and we are all trying to make better computing technology. It is the companies who embrace these ideas. I don’t see why you can’t change the world from academia.”

In case you are interested, as Patterson mentioned at the beginning of his talk, UC Berkeley has started an ACM A.M. Turning Laureate Colloquium on Wednesdays this fall at 4:00pm PST. These lectures will be live streamed on this website. 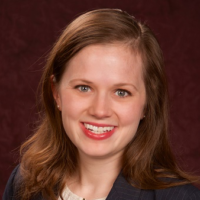