Has it really been seven years since the first Heidelberg Laureate Forum? I have no reason to doubt the official count, and I did find indications, throughout this year’s opening ceremony for the Heidelberg Laureate Forum 2019, that the event has indeed reached a certain level of maturity that is significantly different from the first HLF in 2013.

Documents from the beginning

Fittingly, HLF scientific chairperson Andreas Reuter, in his opening address, showed us documentary evidence from the forum’s pre-history: Excerpts from his e-mail to Klaus Tschira, suggesting a meeting similar to the Lindau Nobel Laureate Meetings, but for computer scientists (Turing Award Winners). Tschira’s answer, realizing that this would be a considerable organizational effort, adding mathematician’s to the mix and defining the first steps to realization, namely some research with the Lindau colleagues (literary: “we can suckle honey with the Lindauers”) – if they were still in the mood after that, he wrote, they could continue.

That, and the rest, are history. The HLF was created, received a catchy name and an elegant logo (Reuter showed some of the, let’s say: less elegant first drafts) and, much more importantly, received structure and funding, and was accepted by its willing participants, the laureates and the young researchers. 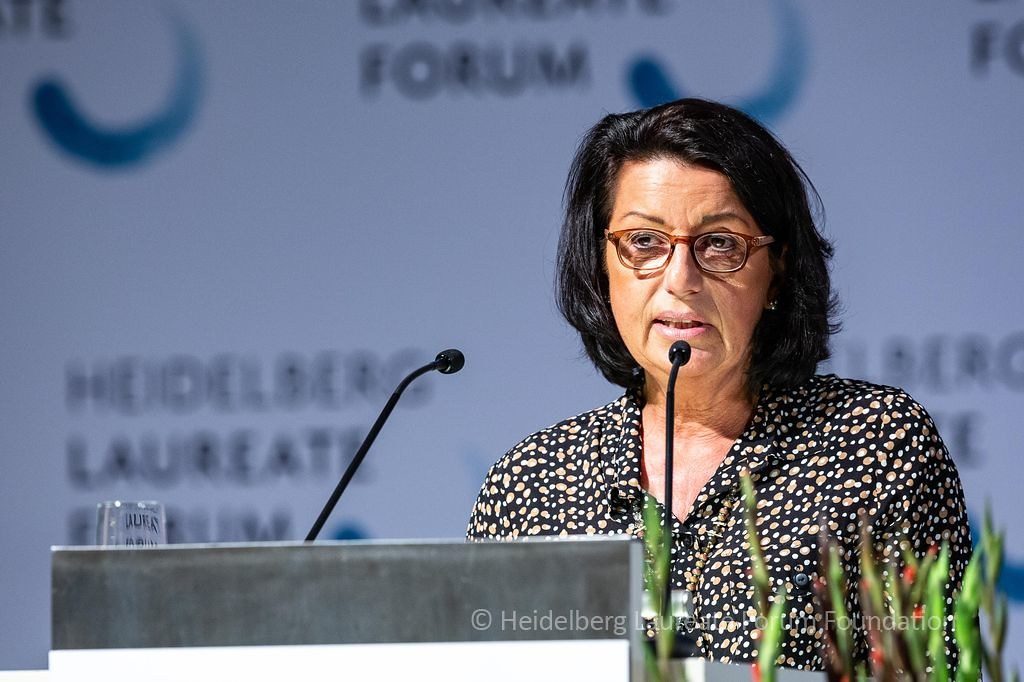 HLF chairperson Beate Spiegel continued the theme, referring to the first HLF – still mostly the same as today – and the organizer’s initial uncertainty, which has long gone by now. That statement is backed up by observations. Overall, the opening of this year’s HLF was more mature. It was more relaxed, and less formal – instead of older scientists, we had two HLF young researcher alumni, Felix Günther and Moumita Bhattacharya, guiding us through the program. 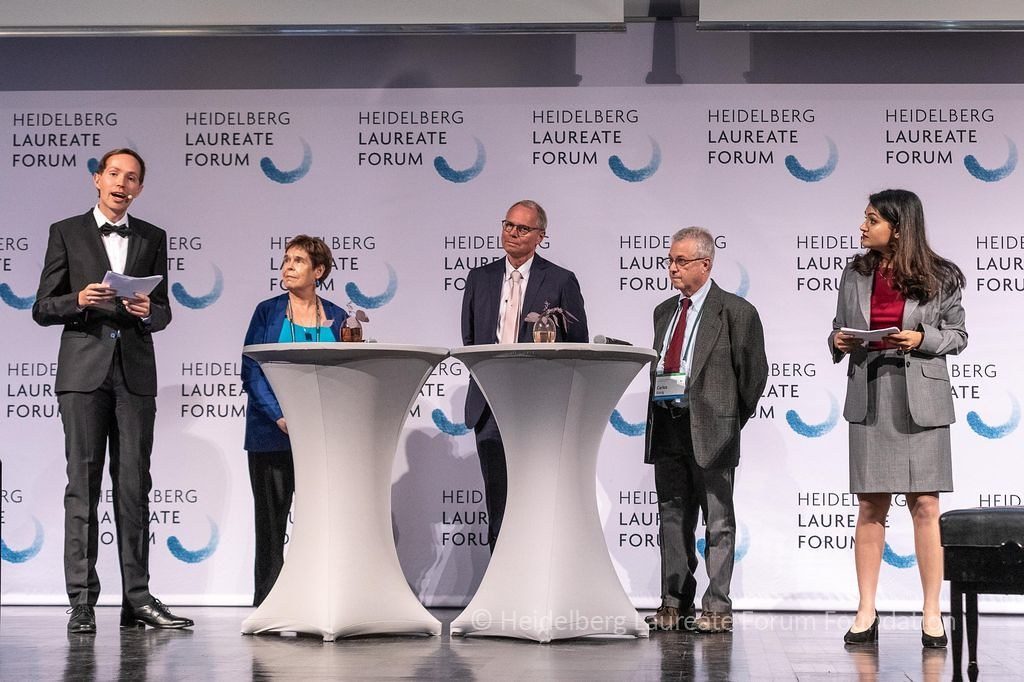 The content was less formal, as well – washing machines and complex functions, an interlude about musical algebra, in between the words of the government officials (Michael Meister of the Federal Ministry for Research and Education, Theresia Bauer is Minister for Research and the Arts of the State of Baden-Württemberg) and the host (Heidelberg University rector Bernhard Eitel).

And am I reading too much into this when I consider a willingness to deal with problems a sign of maturity as well? Climate change was brought up, and will be Tuesday’s “Hot Topic”. You might reply that this is not enough, since talking about general problems is much easier than facing one’s own. But then again, a key problem of both HLF and the awards it is based on, namely the gender gap, was brought into the open, and discussed at the opening, too, and will be the subject of a panel discussion on Friday. Let’s see if HLF can reach the next level of maturity beyond that – and change in response to such a challenge.