SciLogs » Heidelberg Laureate Forum » Allgemein » It’s the 5th HLF. What will the next 5 years bring?

It’s the 5th HLF. What will the next 5 years bring?

This year marks the fifth Heidelberg Laureate Forum. It’s an early but meaningful milestone; five is a special number. Just look at all these five-fold things:

To celebrate this quintennial, we asked seven young researchers to speculate about the most exciting developments that may occur in the next five years in their field.

Matthias Ehrhardt, who studies medical imaging in the UK, gives us a world of squiggly connections, unifying the realm of theory (computer science, deep learning, mathematics) with medical practice: 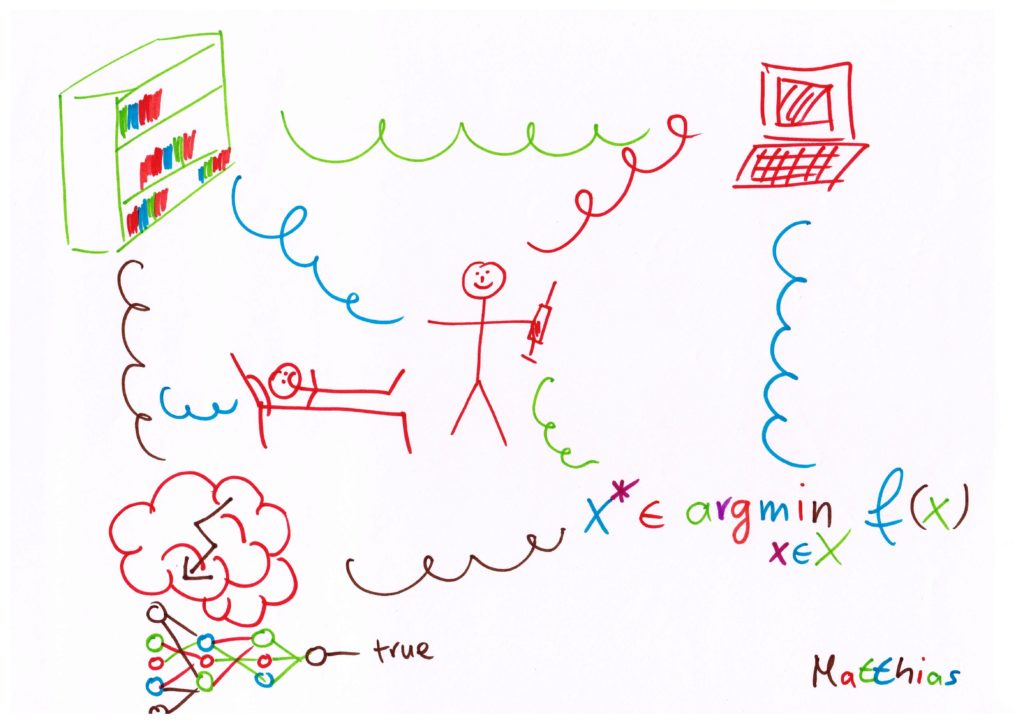 Someone points to the neural network in the lower left. “Ah, so you have a deep learning algorithm to compute a constant output of TRUE. Very efficient.”

“Yes,” someone else says, “and it only takes four layers!”

Matthias, the visionary, laughs off the criticism. He can imagine a better, less snarky place.

Luis Jorge Sánchez Saldaña, an algebraic topologist in Mexico, fantasizes about a counterexample that would rock the socks off of his colleagues: 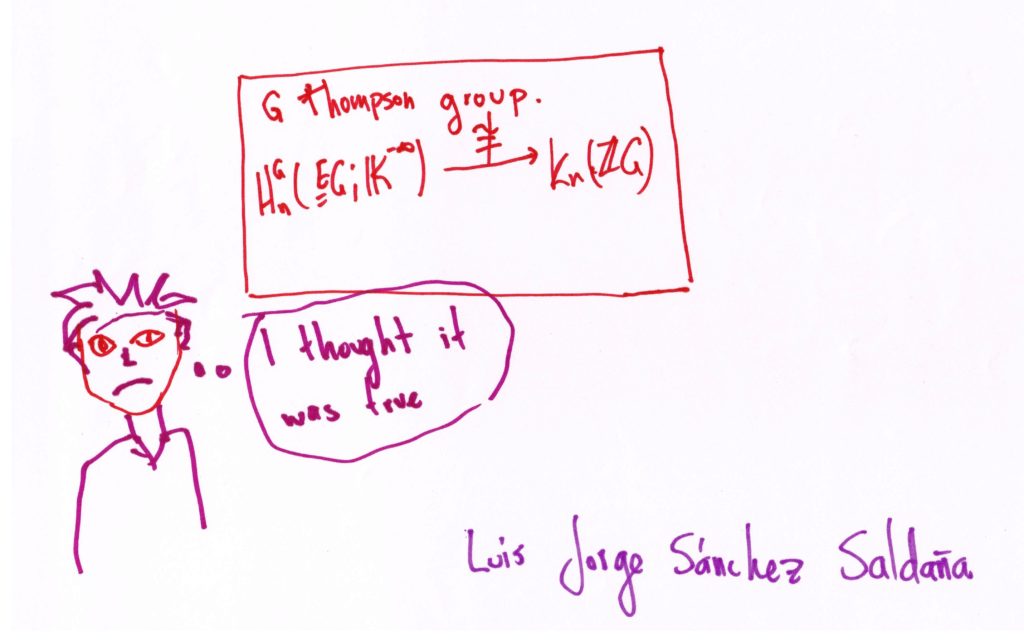 Jamie Haddock, who studies optimization in California, sketches a famous problem and casts her wish for a proof that it can be solved in strongly polynomial time: 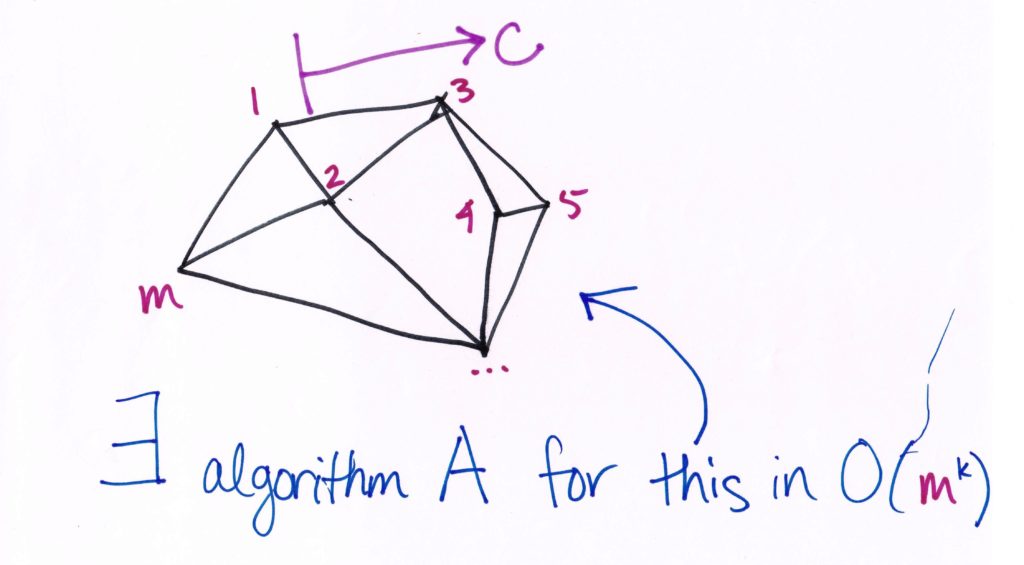 Wei Xu, a scholar of machine learning and natural language processing in Ohio, brings Star Trek to life with a sketch of universal translator glasses. 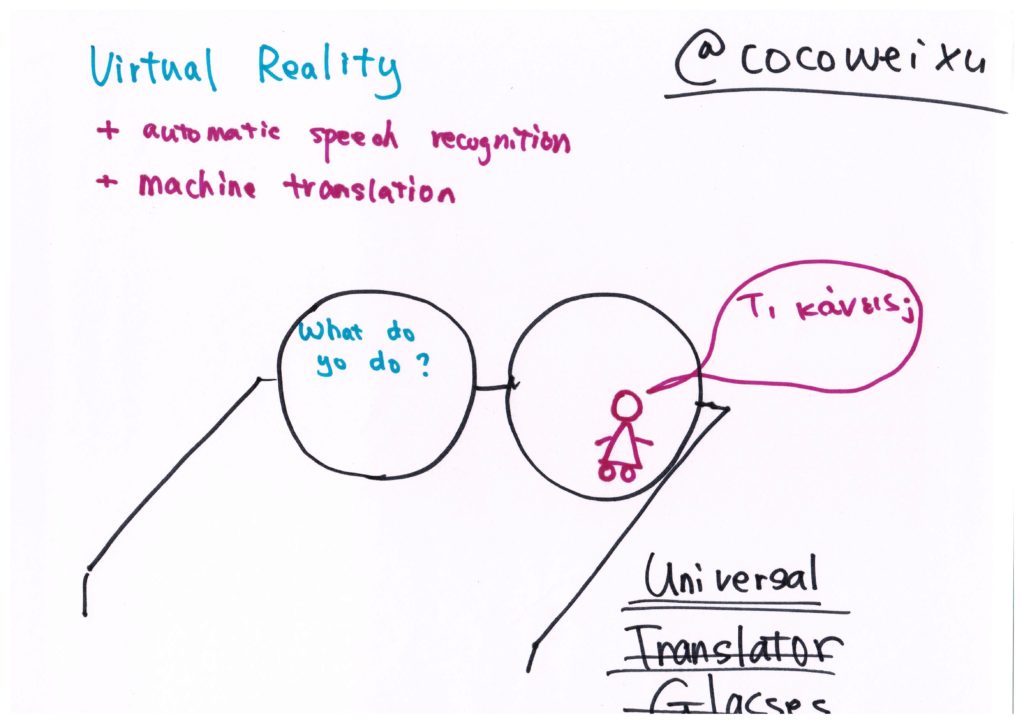 (Wei recruited a Greek pal to write the Greek text on the right. In the future, such pals will not be required to labor, but shall be truly free to pal around.)

Pinka Dey, an algebraic topologist in India, does not shy away from dreaming a dream so big that my feeble blog-brain struggles to grasp it: 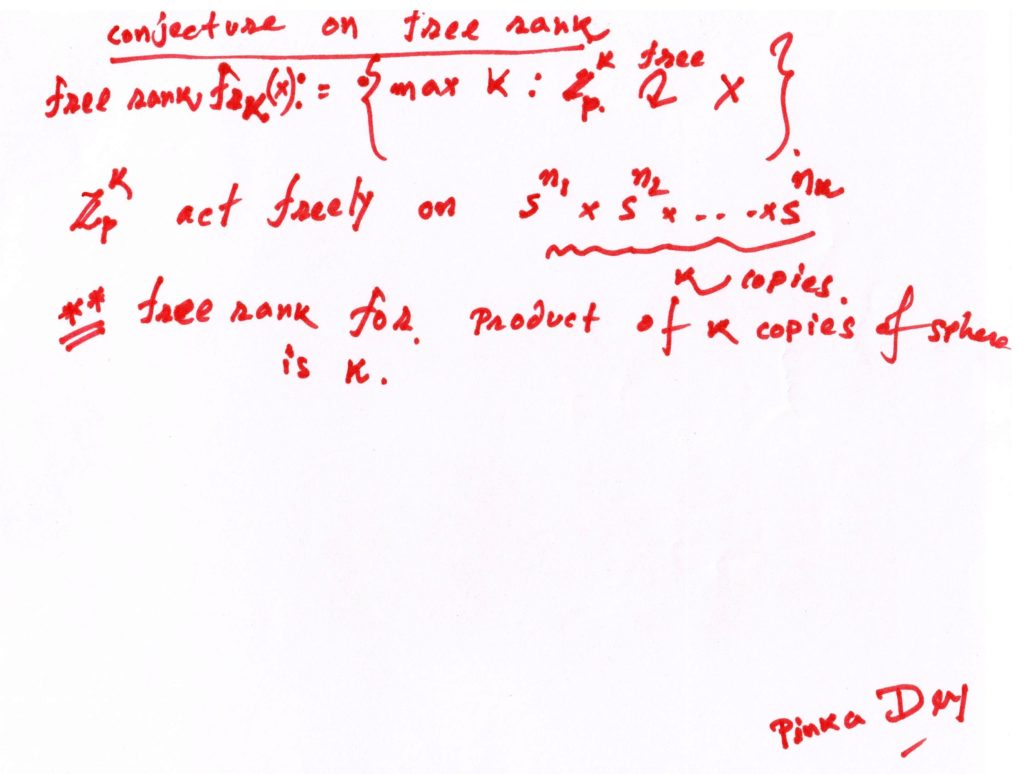 Perhaps, in five years, the proof of the conjecture will make it so plain that any guy or gal on the street can explain it to you.

Denis Pankratov, who studies complexity theory in Canada, dreams a dream so big that he can express it only in size-billion font: 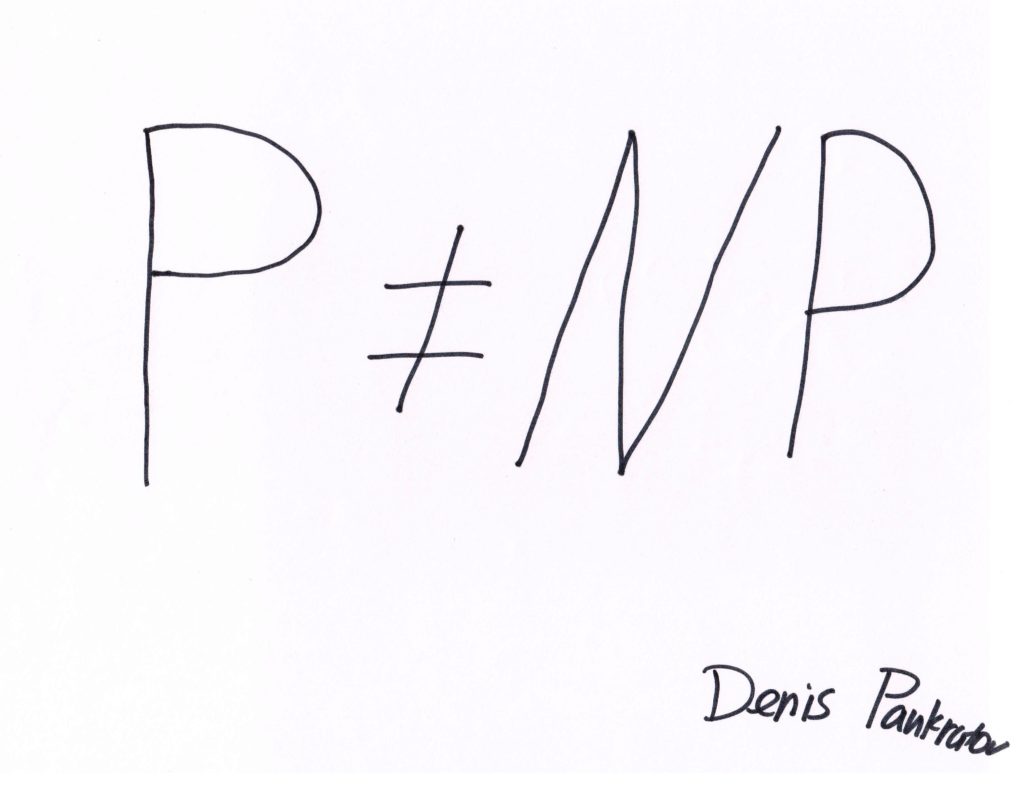 It’s one of the most famous open problems in the world. “P” refers to a set of fairly easy-to-solve problems in computer science. “NP” refers to a larger set, including everything in P and lots else besides. Is the extra stuff in NP legitimately harder? Or will it be just as easy as the stuff in P, once we find the right tools?

Perhaps the next five years will tell.

Finally, Leilani Battle, who develops systems for data exploration in Seattle, has a far simpler and more poignant vision of what the next five years will bring: 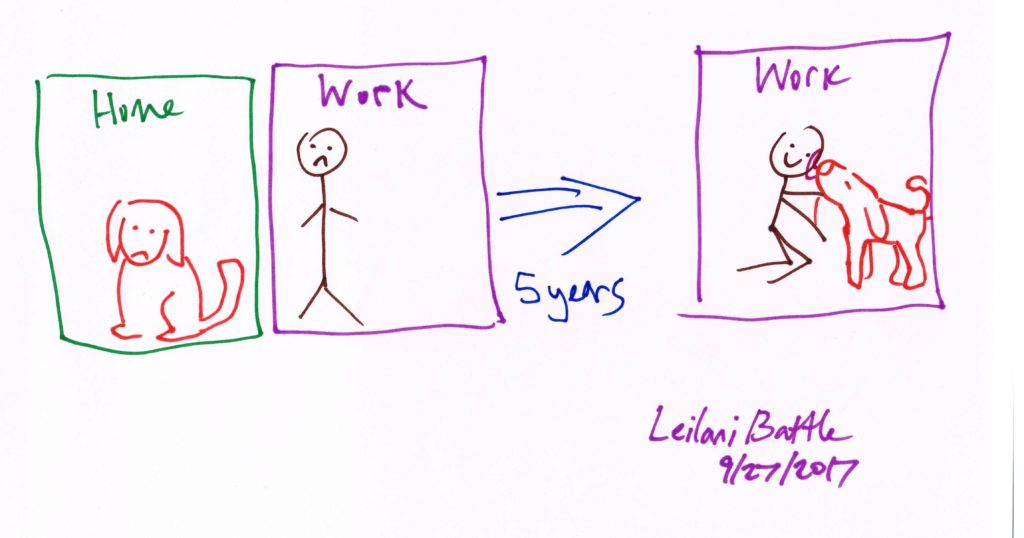