It’s been more than two years since the 2nd Heidelberg Laureate Forum in 2014, a wonderful event I participated in as one of 200 young computer scientists and mathematicians from around the world, where we were given a unique opportunity to meet the heroes of our fields in person, disconnecting from everyday routine, emails and deadlines, and immersing ourselves into a week-long face-to-face scientific discourse.

I would like to look back at the 2nd HLF, and share some of my lasting impressions in a few brief stories, borrowing Mussorgsky’s Pictures at an Exhibition format. And I hope that this will prompt you to apply for the next year’s HLF if you are still hesitating!

The Forum takes place in a beautiful and historic location, Heidelberg, Germany. I think that it was very fitting that the first lecture, given by Sir Michael Atiyah, was on the topic of Beauty in Mathematics. Pursuing beauty was one of my main motivations for choosing an academic career long time ago, and Sir Atiyah argued that beauty should be guiding scientists on their never-ending path to the truth. Coincidentally, the first day of the Forum was also my birthday, and I felt very lucky to celebrate it at the welcome HLF dinner at Schwetzingen Castle! During the dinner I wondered: what was the chance that another HLF participant shares the birthday with me? The answer to this question is, rather amusingly, 42% (I leave the solution as an exercise for the reader).

Another lasting impression from the first day is the lecture by Wendelin Werner on Randomness and Continuum, where he intrigued the audience by turning discrete random events into continuous phenomena in space and time. One area of my research is the design of decision-making electronic circuits, called arbiters, whose purpose is to make reliable decisions despite the metastability that occurs whenever one attempts to turn a continuous value (such as the arrival time of a signal) into a discrete one (such as ‘signal X came first’). It was striking to see such a close link between today’s research questions in electronic design and mathematical analysis. I’m very tempted to explore this link further someday.

The HLF organisers thoughtfully provided a lot of time for the participants to interact with the Laureates. During one of the lunch breaks I happened to share a table with Robert Tarjan, one of the most prolific discoverers of algorithms of all time. After a bit of hesitation I asked his advice on a graph algorithm I was working on. Not only he provided useful insight during our conversation, he also helped me find relevant research papers in the follow-up email exchange. Truth be told, I’m still working on that algorithm; my current version runs in O(log*(n)) operations per graph node, a little slower than the constant complexity O(1) that I would like to achieve. But as we know from Tarjan’s talk, I may eventually have to settle with a compromise in between: his famous O(α(n)) per node. 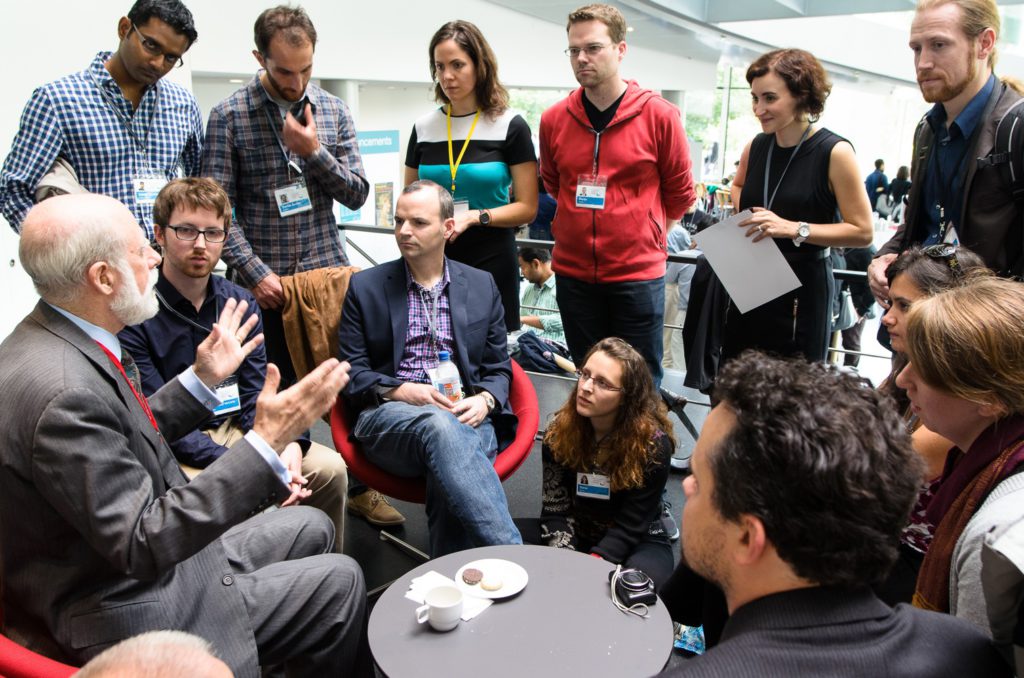 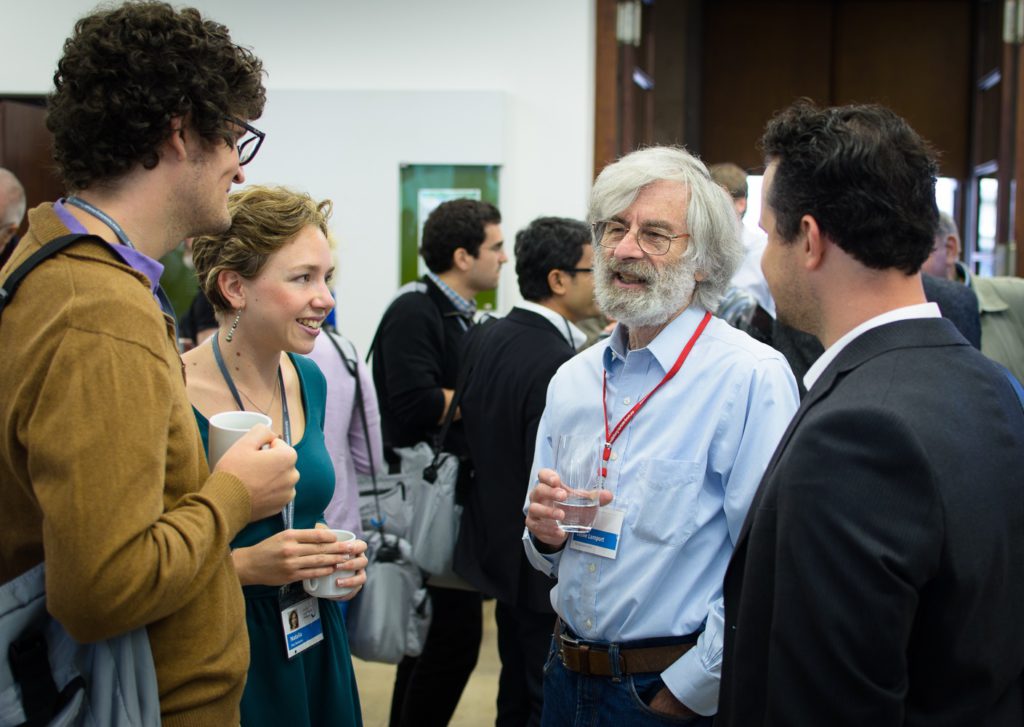 The HLF lectures were typically followed by prolonged spontaneously organized offline discussions. In the above two photographs you can see me talking to Vinton Cerf on Digital Preservation and Leslie Lamport on How to Write Proofs. It’s hard to put in words how inspiring such interactions with the Laureates were, but let me give you an example. These two photographs were taken by my wife, Anna Vasilchenko, who participated in the Forum as a freelance journalist. Her background is in Media and Education and before HLF 2014 she never seriously considered a career in computer science or mathematics – she didn’t believe her background, experience or ideas would be valuable in these fields. However, her discussions with Vinton Cerf, Manjul Bhargava and Peter Naur, inspired her to apply for and win a PhD scholarship at the School of Computing Science at Newcastle University, where she is currently pursuing research in Technology Enhanced Learning. An unexpected outcome for both of us, and I’m sure also for the HLF organizers!

I have a few more HLF stories to share, but I’d like to keep them for the next time. You can find video recordings of all lectures from the 2nd HLF in the archive.