The Sloan-Swartz centers in the United States have a similar organizational structure as our German Bernstein network and also foster profound research in computational neuroscience. Every year the young fellows of the Sloan-Swartz foundation and affiliated professors meet to discuss their recent ideas. As an external guest from the Bernstein community I got the chance to participate in this year’s meeting which took place at the University of Washington in beautiful Seattle.

The conference was intellectually quite dense, one talk following the other, and discussions being continued during short coffee breaks. The diversity of topics ranged from purely theoretical network modeling to data-analysis-driven experimental neuroscience. During my PhD I have been working on building models of fly visual orientation behavior and I do behavioral experiments to test and refine these models.

I am currently studying flicker-induced responses in walking flies and found that lateral inhibition is playing a crucial role. However, to what extend the behavior under study is relevant during real-world navigation remains unclear. I find myself somewhere in between theoretical and experimental neuroscience and I hoped that I could get interdisciplinary feedback from the diverse community at the meeting.

For example, I was very much inspired by a talk on unbiased clustering of fly behaviors, which purely uses movies of walking flies to get an idea about what kind of behaviors a fly can do and how and when transitions between behaviors occur. I also talked to several people from the field of mammalian retina vision and discussed some of my findings, hoping that similar effects might have been seen in other systems. At the last evening we had a dinner at a quite fancy place in Seattle. Even though food was excellent I almost forgot to eat: When explaining my results to the person sitting next to me, we realized that the behavior I study in the fly is related to an effect which has recently been investigated intensively in human psychophysics, yet, the mechanisms in humans are not known. This was of course very exciting to me as it might be the link from insect-inspired computational models to human vision.

Summarizing, I had a great time in Seattle and I have met many new people, I have learned a lot, and I have gotten new ideas for my current projects. I will move to the US next year for my postdoctoral research, and I will switch from fly to fish, but I wish to keep a strong systematic approach to neuroscience. During my PhD I have always very much benefited from the computational expertise of the Bernstein community and I am looking forward to similar interactions within the Sloan-Swartz network. 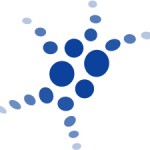