Steven Haggblade is Professor, International Development in the Department of Agricultural Economics at Michigan State University. He has devoted his professional career to working on applied policy issues affecting rural economic growth and food security, primarily in Africa. His primary research interests involve agricultural growth and poverty reduction, the rural nonfarm economy and subsector supply chains linking farms and nonfarm businesses with final consumers. Working overseas for 16 of the past 20 years, he has served in long-term research and advisory positions in Botswana, Bangladesh, Madagascar and Zambia. With Peter Hazell and Tom Reardon, he has recently published a book with Johns Hopkins University Press entitled “Transforming the Rural Nonfarm Economy: Opportunities and Threats in the Developing World.”

Stefan Ohm: Mr. Haggblade, why is the rural nonfarm economy (RNFE) so important for the development of rural regions in developing countries?

Steven Haggblade: Nonfarm earnings account for 35% to 50% of rural household income across the developing world.  Landless and near-landless households everywhere depend heavily on nonfarm income for their survival, while agricultural households count on nonfarm earnings to diversify risk, moderate seasonal income swings and finance agricultural input purchases.   Over time, the rural nonfarm economy has grown rapidly, contributing significantly to both employment and rural income growth.

Stefan Ohm: Can you explain the concept of the emergence and evolution of the RNFE?

Steven Haggblade: Functionally, the RNFE plays a pivotal role in the process of structural transformation, during which the share of agriculture in total national output declines and transfers of capital and labor drive a corresponding rise in manufacturing and services.  Since many of the resource flows from agriculture to the secondary and tertiary sectors of the economy transit functionally and spatially via the rural nonfarm economy, an understanding of the forces that drive change in the RNFE becomes central to understanding the processes that drive overall economic growth.  Rural households diversify diversify into nonfarm activities in response to “pull” factors such as growing markets and rising rural purchasing power or in response to “push” factors such as falling rural wage rates and declining land availability.  Thus the trajectory of rural nonfarm growth and development differs substantially across settings, driven by changes in agriculture, population and integration with urban markets.  Chapter 4, on “Structural Transformation of the Rural Nonfarm Economy” delves into these issues in considerable detail.

Stefan Ohm: In which way can the RNFE help to reduce poverty?

Steven Haggblade: In poor agrarian countries, struggling with growing numbers of marginal farmers and lackluster agricultural performance, such as much of Africa, policy makers view the RNFE as a potential alternative to agriculture for stimulating rural income growth.  In successfully transforming economies, they see the RNFE as a sector that can productively absorb the many agricultural workers and small farmers being squeezed out of agriculture by increasingly commercialized and capital intensive modes of farming.  Given frequently low capital requirements in the nonfarm economy, policy makers in both settings view the RNFE as offering a potential pathway out of poverty for many of their rural poor.

Two preconditions must be met if the RNFE is to provide a pathway out of poverty for poor rural households.  First, suitable engines of growth must be available to drive a buoyant RNFE.  Second, poor households must control sufficient assets of the right kind to enable them to access the new nonfarm income earning opportunities that arise.  Satisfying these conditions, in turn, depends crucially on the specific economic and social context in which the RNFE operate, for across the developing world, diversity abounds. Therefore, opportunities and appropriate policy stances differ significantly across settings.  Chapter 3, entitled “Does the Rural Nonfarm Economy Contribute to Poverty Reduction?” addresses these issues in greater detail.

Stefan Ohm: What are the main constraints and recent trends for the development of the RNFE today in Africa?

In general, transport and communication networks affect the cost of inputs, the export value of rural nonfarm goods and the cost of competing imports from urban areas.  As infrastructure improves, it triggers a significant transformation of the rural nonfarm economy.  Rural manufacturing, particularly labor-intensive home-based industries such as weaving, embroidery and pottery making, often declines as imported manufactures become cheaper.  But to the extent that improved infrastructure raises agricultural productivity and incomes (by making inputs cheaper and outputs more valuable) it triggers rural income growth that, in turn, leads to led growth in rural services, commerce and agro-processing.  In very crowded settings, such as in East and South Asia, improved infrastructure makes possible urban-to-rural subcontracting as a commercial means of combating high urban wage and land rental rates.  So, in general, improved infrastructure helps to raise rural incomes and change the structure and productivity of rural nonfarm activity.

Stefan Ohm: One last question. What kind of role are rural towns playing in the RNFE?

Steven Haggblade: They play a big role.  Many rural nonfarm activities cluster in rural towns, where agricultural surpluses come to be marketed and processed, where farm families come to procure inputs and where basic infrastructure services – particularly electricity and water – are more economically supplied that in dispersed rural settings.  Chapter 8, “Cities, Towns and the Rural Nonfarm Economy” covers these issues in greater detail.

Stefan Ohm: Mr. Haggblade, thank you very much for answering my questions. 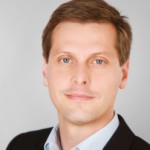