When I was at the Science Online London last time it was mostly about blogs. This has changed a lot, and that’s a good sign how far digital culture in science has come. Nevertheless, I got the impression that not all is well. On several occasions, there was a palpable feeling that progress is stalling – or at least not moving forward at the speed many in the community would like to see.

I noticed this before. The experiences of the last two years still leave me very optimistic about long-term developments, but have put the dampers on most hopes for significant changes in the near future. Two years ago, when I became an Open Access activist almost by accident, the general idea was that open access journals would multiply quickly and that the new competition would drive down subscription fees considerably. The first part of this clearly happened and there are now thousands of open access journals, some of them even among the most prestigious in their fields, but apart from that things haven’t changed much. Competition apparently is not enough to change publication culture.

It’s the very problem Michael Nielsen talked about in his keynote address: Changing a local optimum (like the way science has been working for a few decades) is hard and slow, much harder and slower than everyone thought apparently. He noted that changing the status quo comes with costs and risks (e.g. freeloaders using open data without disclosing their own) which most scientists are unwilling or even unable to bear. Apparently he sees this as a collective action problem similar to forming unions, but I have serious doubts about the comparison: Scientists, after all, often are in direct competition for a number of resources, so they may collaborate on a project that directly benefits all participants (i.e. a publication with their names on it). But cooperation where the personal benefit isn’t easily visible and people not participating may even get more out of it doesn’t seem to me like something that is likely to catch on soon and on a larger scale.

Or take blogs. We have been talking about the impact of scientific blogging on academic debates for ages, and there have undoubtedly been great improvements. But… well, consider the #arseniclife debate. Of course the press took note and NASA was thoroughly bashed and so on, but you couldn’t help noticing that many scientists and journals rejected the criticism out of hand, claiming that scientific discussion has no place in mass media and online publications. Of course the arguments brought forth to support this allegations are entirely spurious (since when are conference contributions peer reviewed, for example?), but they reveal something very important to the whole open/digital science issue: For many scientists all this is outside their comfort zone, and I suspect many refuse change because of this rather than for more rational reasons.

So where does this leave us? What I take away from #solo11 is that most likely no legislation, no new tool and no new journal will bring about the turning point toward open and digital science. I’m not saying those things aren’t important, quite the opposite: It is more essential than ever that we build capabilities and infrastructure and keep pushing. But we can’t force scientists to use new tools or methods. Oh, and funding agencies can’t either – if it really was about money, no one would pursue a scientific career in the first place. Ultimately, the only thing that will change how scientists work is scientific culture itself. That’s why we need to keep going: To move the comfort zone our way, step by step. 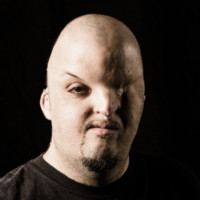