The Case for Black Mirror

A few weeks ago Charlie Brooker’s celebrated cerebral TV show Black Mirror had its third series premiering on Netflix. The first two have been shown on Channel 4, who did not pick it up for further development. Not too long after the first couple of episodes aired – if one excuses the old broadcast lingo in an era of online streaming get-it-when-you-wish services – one of the relatively few negative articles about the show appeared: The Case Against Black Mirror1 by  Kathryn VanArendonk. 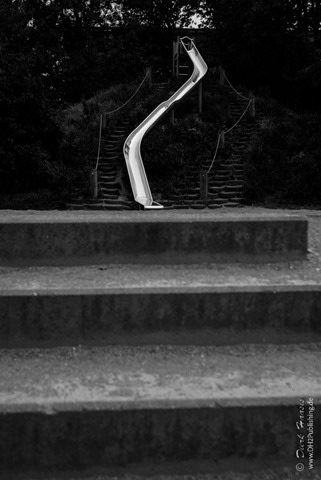 The article has some superficially good looking points, mostly trivial ones like ‘this is still ultimately a matter of taste. All fiction is basically narrative magic trickery’ or ‘ultimately my dislike comes down to a point of taste.’ Well, talk about cop-outs!2 It is all a matter of taste, criticism is just your taste against mine! Make no mistake, VanArendonk’s article is professional criticism, if only by virtue of being published, hopefully paid, in two culture criticism online magazines.

One could end here and proclaim the whole article uninteresting purely on the notion that your taste is rather irrelevant to me. Unfortunately it isn’t to many. Mrs VanArendonk also employs some real criticism, pulling away superficial detail to expose underlying patterns. At least she simulates that – or, worse, is not able to dig a bit beyond skin deep. Her whole premise is that Brooker dislikes modern technology, views it in a Manichaean way as either good or bad. She also, not totally wrong, labels him as a cynic but appears to mean curmudgeon [in the derogatory sense].

And I do believe that tech will solve more problems than it causes – a cure for cancer, in the future, for example. And I definitely haven’t started worrying in the night about robots taking over. Yet.3

Charlie Brooker is one of the few living real cynics, a moral idealist with a clear view of the shortcomings of humans and the societies we form. Just like Diogenes, and arguably Sokrates, he holds us to our self-imposed ethical standards, comparing them to our actual conduct. He follows that through to the logical conclusion. He does not say it will end like that. He is too smart for that. Contrary to the current crop of fan-critics he does know quite well he is not producing documentaries but fiction. For which he chooses and creates his own premises, rather close to some ideas about modern technology, true.

But Black Mirror is not about the technology. It is about people and society. It is about emotions and rationality. It is about the problem of how will we use the possibilities and what will these do to us. Will we develop, perhaps evolve, with them? Or might we just stay the same [social] animal we have been since Homo sapiens first recognised the virtues of fire on a glorious summer evening full of romance?

Just look at the first, and in my opinion least effective, episode of series 3, ‘Nosedive’: A society in which everyone is rated immediately via smartphones. These are not mere ‘Likes’ or ‘Dislikes’ with no real-world repercussions, they are the base tender of society. Even if you cannot afford a prospective home a very good rating would help you out. You pay with your name or rather the ratings you get from other people. You need to be liked then you are a welcome customer.

Does that sound familiar? I do not think about Tinder or Facebook4, I am reminded first of ratings agencies. Those shadowy organisations without any democratic oversight rating our economic standing. They look at our bank accounts, savings accounts, regular income but most of all they judge us on our environment – where do we live, what is typical for those living there, do they usually pay up? There’s also spending habits, not necessarily how much we spent but on what. Brooker’s fantasy is only one step further, includes our actual social skills – see, sounds much better now, doesn’t it? –, those we want to know about in our neighbours and co-workers. The technology is incidental.

‘Nosedive’ goes one step further in that the episode makes quite clear that it is not the others who are the problem, after all the ratings our main character gets are well earned, it is those who build their whole live on it and the easy way in. If she only would go the slow way instead of relying on her celebrity acquaintance and trying to blame her own sad life on everybody but her own obsession with status. She wants a bigger, futuristic, modern home. Not so much because it would help her daily routine but because of the prestige it would bring her. A hollow quality at that.

[T]he key is to treat technology “as the Twilight Zone used the supernatural, to make something magical happen. The more horrible it gets, the funnier I find it5

Another aspect of Charlie Brooker’s Black Mirror is genre. Sometimes he has just a lot of fun with mystery, crime or horror tropes. This is probably best shown in the second and the last instalments of the Netflix series, ‘Playtest’ and ‘Hated in the Nation’. Both could also be cited as prime examples for VanArendonk’s accusation of lame twists, which to her make up the dubious charm of the show.

Sure, if you are weaned on the lazy script writing US-American Style, twists are a big thing. At the end of the second act or the beginning of the third one something has to happen to overthrow everything having come before.6 The twist is a remnant of mediocre storytelling particularly in mystery stories from the first two decades of the genre – let’s say the late 1890s and early 1910s – when they had to outdo not only the reader but their peers, too. In a sense most of thriller genre creator Edgar Wallace’s crime stories are built around that. Thus he avoided any sensible characterisation or logic to his plots. It’s the way many US-American scripts still work and are judged.7

Brooker does not go for the twist, he does not write towards it. He carefully – or sometimes not so carefully, as in ‘Nosedive’ or even the much better but still lacking ‘Playtest’ – examines the characters and society in which he sat them to come to a logical conclusion with their story. In the best of cases, like in ‘San Junipero’, no sane reviewer will even think he encounters a twist, in others the twist can be seen by any viewer with a brain engaged. Most often there simply is no twist, just a consistent delineation of an idea. Did anybody besides VanArendonk really find the resolution to ‘The National Anthem’ or ‘The Waldo Moment’ twisty?

Which brings me to another problem with her argument: Reality.

The first is that now we’ve seen the reality of this play out, it doesn’t feel quite so revelatory. “The Waldo Moment” looks like a fairly utopian vision of what political discourse could sound like compared to the contemporary real-world offerings.’[/foot]Kathryn VanArendonk, The Case Against Black Mirror, published at Slate, 25th October 2016[/foot]

Well, d’oh, reality catches up to satire. If the satirists is too far out, he does not make satire anymore but fantasy with a dash of experiences from his life. If he is too close to reality he becomes a journalist. Whose fault is it that many politicians and the public receive satires, even those using big clubs and warning signs, as manuals? Surely not the writer’s. Though I am willing to make an exception for L. Ron Hubbard.

Black Mirror’s third series is a bit uneven, in tone and matter bas well as in quality. No wonder, it’s the least focussed one; previously Brooker had 3 or even just one episode, now he has 6, with Netflix originally ordering one flight of 12. Lucky they changed that to two series. I am also not so sure the normal broadcasting restrictions aren’t a blessing; or Brooker should have used the freer Netflix reign more to accommodate the stories better, some are simply too long [in case of ‘Nosedive’ a 10 minute sketch gets a 63 minute treat].

1. Originally a Vulture piece I link to Slate, where I became aware of it.
2. As the author does in the article, ‘the nature of Black Mirror’s vision of the future is that it can also feel like a cop-out.’
3. Charlie Brooker, from Black Mirror: Backlash against writer inspired episode, Emma Jones, published on BBC .com.
4. Although it appears Brooker’s inspiration comes from Tinder, see the Guardian article.
5. from Charlie Brooker: ‘The more horrible an idea, the funnier I find it’, John Robinson and Charlie Brooker, publisahed by The Guardian [online].
6. Worst offenders in this respect are romcoms, in which two people found out they like and love each other just to be torn apart by some minor niggle from the past life of one of them. That, dear reader is lame.
7. Just have a look at fan discussion and sites, where ‘what will happen next’ and ‘spoilers’ and ‘rug pulling’ is the fare of the masses. 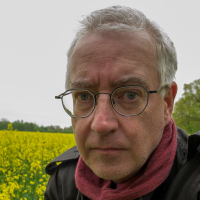