The key out of the corona crisis – Getting the vaccine rapidly

Investment bankers and venture capital investors are used to working 80 to 100 hours a week to make their financial deals and highly profitable company acquisitions. They are thus also called the “courtesans of capitalism”. But locked away in their home offices, isolated from their peers, banned from the airports, luxury hotels and golf courses where they can be seen at normal times, and classified as completely system irrelevant compared to supermarket cashiers and garbage collectors, they are currently living a rather bleak existence. The world’s attention is focused on a quite different group that is hoped to save it: scientists. It is scientists (next to the nurses and doctors) who are now pushing 80 to 100-hour weeks in order to develop a vaccine in record time that frees us from the nightmare of Covid-19. The most often posed question is when such a vaccine is available.

Normally it takes five to 10 years to develop such a vaccine. But this time it is to be done in twelve months. Previously not very generously funded, the researchers cannot claim to be underfunded these days. However, with all that pressure elementary scientific principles are overridden: weighing up different options, wrestling with problems, differentiating between various theories, looking at the big picture, avoiding shortcuts and significant risks. All of a sudden, scientists have to adopt the mentality of investment bankers: working quickly and efficiently under high time pressure, considering costs and accuracy less, believing risks are part of the game, a ruthless competitive thinking including a tendency to intellectual self-abandonment. The main and only thing is to get the vaccine done as quickly as possible.

At present, about 100 groups at universities and biotech companies are researching a vaccine against Covid-19. The first in the race will get a lot of fame and even more money. The researchers are thereby pursuing different approaches, all of which possess one and the same basic principle: the body should be brought to react against the virus, develop the necessary antibodies (in technical language “immunoglobulins”, these are proteins from the class of globulins, spherical proteins), but without becoming ill itself. If the virus then appears in the body, these antibodies will immediately attack the intruder, so that the disease cannot spread in the first place.

To reach their goal of a vaccine, the researchers must go through six stages:

Traditionally, the persons to be vaccinated are injected the pathogen in a dead or otherwise harmless form. The best-known example is the measles vaccination. This method has been known to medical doctors since ancient times. More than two thousand years ago, doctors selected people with a mild form of smallpox the disease and removed pieces of the smallpox crust to obtain a vaccine against the disease. They ground these into powder and inserted them into the nose of the person to be vaccinated. In the late 18th century, doctors realized that cow milking peasants were immune to human pox after surviving the comparatively harmless cowpox. From the body fluid of people infected with cowpox a more effective vaccine against human pox was created. The origin of this method can still be seen today in the English word for vaccination: It comes from the Latin word for cow – vacca. The disadvantage of this method is that the vaccine virus or the corresponding part of it must first be bred in order to be produced in larger quantities. All this takes a lot of time, considering the severity of the Corona crisis too much time.

The most obvious alternative is that the researchers “disguise” existing, harmless viruses as covid-19 viruses using genetic engineering methods, i.e. they exchange one or more surface proteins of so-called vector viruses for covid-19 proteins. The immune system is thus feigned a covid-19 infection against which it then produces antibodies. In this the researchers are aided by the fact that the gene sequence of the virus has been known since the beginning of January 2020. In order to develop a vaccination plan against viruses, in principle their genetic make-up is enough. This is because it contains the plan for the proteins to which the body is to react with its immune response.  The concrete approach is to give the body the genetic blueprint for the (harmless) envelope of the Covid-19 virus instead of a (harmless) entire pathogen. This should be sufficient to allow the immune system to produce the appropriate antibodies to fight the virus.

Fortunately, the researchers did not have to start with Adam and Eve. After the outbreaks of SARS in 2003 and SERS in 2012, both of which were also caused by corona viruses, they had already started research on a vaccine using vector viruses. But when the diseases disappeared, these efforts were stopped (the researchers were simply deprived of funding) – a fatal mistake, as it now turns out. Nevertheless, the researchers already know a lot about corona viruses, in particular that the conspicuous spikes on the virus (which look like a crown and give it its name) are something like the lock pick of the virus with which it enters the cell interior. In concrete terms, this happens at the so-called ACE2 receptors on human cells. The researchers do not yet know exactly how this docking of the spike proteins of the virus takes place biochemically, but the genome of the virus known to them is something like the construction plan for this, which they only need to understand better. In fact, one can use this plan to replicate the entire virus or just the spike proteins. This allows researchers to find out which amino acids of the spike protein are linked to which of the ACE2 receptor. Once they know this, they are able to reproduce these sequences and thus make the body believe that he is exposed to a complete viral attack, when in fact it is only the small part of the virus that interacts with the human receptor. If this part is combined with another suitable virus that is harmless to humans (the so-called vector virus), the vaccine is more or less ready.

Another method, which is also based on the immune response of the human body, is to develop direct gene-based vaccines. Instead of complete viruses, these vaccines contain only selected genes of the virus in the form of its mRNA (messenger-RNA: it is an RNA version of the gene that leaves the cell nucleus and moves to the cytoplasm in order to have proteins made) or DNA. Once injected into the body, these are intended to induce the formation of harmless viral proteins, which in turn are intended to build up immune protection in the same way as a conventional vaccine. After the vaccination, our body produces the surface proteins of the virus itself, which its immune system then recognizes and attacks. The advantage of this method: mRNA-based vaccines can be more quickly produced on a mass scale. In contrast to other methods, which require the virus to be multiplied in order to be injected in an attenuated form or as a vector (which can take months) only the appropriate RNA or DNA needs to be administered. The problem of this method: it is an entirely new procedure. There exists not yet a single vaccine of this kind against any disease. The researchers are therefore breaking new ground here, unlike with dead viruses or vector viruses.  However, this method has immense potential for the future because it can be adapted quickly and easily to new pathogens, just as a new flu vaccine is available every year. With the (likely) appearance of new types of coronavirus, a vaccine could be available all the more quickly in the coming years and a renewed worldwide corona virus spread could be contained.

Once the potential vaccine has been researched, it only needs to be tested for safety and efficacy. This usually takes a considerable amount of time, as legislators require extensive series of tests before vaccines are approved. But in the corona period, time is exactly what we do not have, so that shorter test series are permitted, and sometimes entire phases, such as animal testing, may be omitted. But even among scientists, tests on humans without previous animal experiments are controversial. The risks are incalculable, they say. But never before has time been so much money as today. No surprise, every few days you hear from researchers claiming that they will have a vaccine in a few months. The Swiss immunologist Martin Bachmann, a world-renowned expert in immune research for corona viruses, claimed in a somewhat sensational and strongly self-marketing press release a few days ago that he could make a vaccine available as early as October. He already completed successful tests on animals he says. Billionaire Dietmar Hopp, co-owner of the Tübingen-based pharmaceutical company CureVac, said that his researchers “might be able to provide a vaccine as early as in autumn”. But we should be warned: Over and over again, vaccines that were “on the verge of breakthrough” have disappeared without a trace. The development of vaccines is very complex and prone to setbacks. And one must know: Not a single vaccine against any corona virus has ever been found. Nobody knows when the investment bankers will get back to their 100-hour week. In any case, the stock market is already acting as if we have long since found a vaccine. I wonder if the investors are not a bit too optimistic?

Well, this is the time of great promises. Hopes are resting, among others, on a less than 10-year-old pharmaceutical company, Moderna Therapeutics, which has not yet launched a single vaccine for any disease on the market, but which knows how to promise a lot and, not least because of this, has recently raised almost half a billion dollars in public funds. 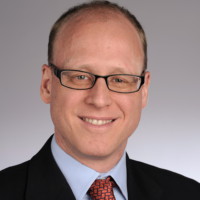